Home > Why Some Nations Succeed and Others Fail It’s a difficult question, but prominent economist James Robinson believes he has discovered the answer … thanks to a study in the city of Nogales

It is a great question and many have asked it, and will continue to ask it. And there are several answers.

For the German philosopher and economist Max Weber (1864-1920), one of the most important theorists on the development of modern Western society, it was religious or cultural differences that determined different economic outcomes.

Others have argued that a lack of natural resources or know-how has prevented poor countries from generating self-sustaining economic growth.

But James Robinson, a university professor at the University of Chicago in the United States and director of the Pearson Institute, argues that it is neither of those things .

Robinson has studied the difference between poor and prosperous countries.

” The gap is extraordinary, ” he told the BBC.

“Norway’s per capita income is at least 50 times that of a poor country in sub-Saharan Africa like Sierra Leone or one in the Americas like Haiti.

“Life expectancy in Sierra Leone at birth would be 30 years and life expectancy in Norway is 80 years. So that’s an extraordinary difference in terms of people’s lives and well-being, ”adds the economist.

To try to understand, Robinson has studied one of the places that are known as “natural experiments.”

These are unplanned situations , and they are instructive because they show what happens when humans are randomly distributed and exposed to different conditions.

Think, for example, of the border that separates North and South Korea – established since 1953 – or Berlin , which was divided between east and west during the Cold War.

Natural experiments like these are relevant when you study the question of why some nations fail, and Robinson has analyzed one of them for years: Ambos Nogales.

Nogales is a divided city: it lies in northern Sonora, Mexico, and southern Arizona, United States.

“Before President Trump got excited about the walls, there was already one in Nogales.”

Indeed: due to the tense relationship that existed between the two countries during the 1910s, the Mexican authorities erected temporary fences on the border. But after the Battle of the Ambos Nogales, which broke out in 1918, the first permanent border fence was built between the two towns.

“So there are two walnut trees, they look very similar in many ways, but in ways that are very relevant to people’s lives and opportunities, they are dramatically different, ” Robinson emphasizes.

So let’s go back to the question: why?

All kinds of explanations have been offered to explain this dramatic mismatch in the wealth of nations.

One of them is…

Norwegians, the argument goes, are rooted in a Protestant work ethic. On the contrary, in some other places people are more lazy.

But that cannot explain the Nogales case.

In terms of music, food, family values, etc., there are no significant cultural differences between the north and south of Nogales. And James Robinson cites other evidence to undermine the cultural narrative.

“Something that we have researched a lot is the impact of European colonialism on comparative development in the world.

“A lot of people say, ‘The reason America is so prosperous is because the English came, they brought this Anglo-Saxon Protestant work ethic.’ But if you look at the question of the impact of British culture more broadly in the colonial world, you will see s that can not be true .

“It is true that the former British colonies include the United States, Australia and New Zealand, but also Zimbabwe and Sierra Leone. So it’s not really the British in North America who created all this prosperity. “

For Robinson, colonialism rather provides evidence that cultural hypotheses do not really explain comparative development.

So if not culture, what else could explain wealth inequality?

Perhaps some countries have an advantageous location – better weather, for example, or are on a trade route.

But that can’t explain the Nogales phenomenon either.

There are countries rich in natural resources … Norway, for example, has oil.

“Yes, but Saudi Arabia and Angola also have oil,” says Robinson. Natural resources are great if you have them. But what is really important is what you do with them.

“Neither South Korea nor Japan are rich in natural resources. Perhaps they have good land, it is a good that is distributed throughout the world. But you need investment, technology, irrigation, fertilizers to be productive.

“The problem in Africa, for example, is that there is no green revolution , improved seed varieties, it has no infrastructure, it has no roads, it has no investment.

“Therefore, I do not believe that the physical world determines the prosperity of society,” concludes the economist.

So if culture, geography, and natural resources can’t explain this, what can?

According to Robinson’s studies, the answer is: institutions .

“I mean the rules that humans themselves create and that influence their incentives and opportunities.

“Human beings respond to incentives, but we create rules in society that generate different patterns of incentives and that makes a difference.”

What rich countries have, according to the economist, are institutions that work , such as honest parliaments or courts, and rules that govern property rights and encourage business competition.

And those rules tend to be fair , predictable, and apply to everyone .

To illustrate this point, let’s go back to Mexico and the United States. Not Nogales, but two of the richest citizens of those countries: Carlos Slim and Bill Gates .

Bill Gates founded Microsoft. Carlos Slim is involved in many sectors. Some of their businesses, such as the landline market, are almost monopolies.

“They are two brilliant businessmen, tremendously energetic and ambitious great entrepreneurs, but the crucial thing is how they made their fortune “, underlines Robinson.

“Bill Gates’s innovation made him extremely wealthy, but it created much more wealth for society – it brought people and resources into the computer industry. In the case of Carlos Slim, his monopolies reduced national income much more than his personal wealth in Mexico.

“Why did they behave differently? It is a question of the world in which they live , of institutions that channel their energies and talents in very, very different directions.

“If you want to get rich in Latin America, what you do is get monopolies, form links with politicians. How is it done in the United States? You become an entrepreneur, you start a business, you innovate, ”says Robinson. 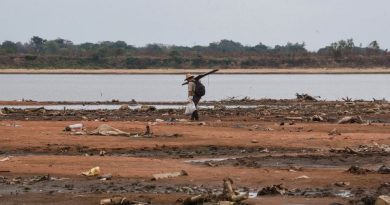 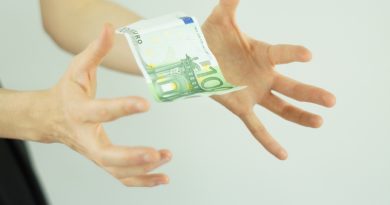 How to Invest When You Only Have $100 to Spend 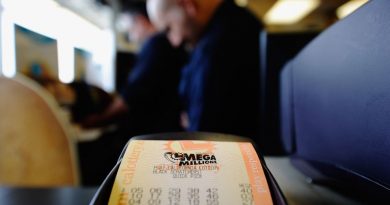