Home > Who watches 5G radiation (and what are its real risks) This new technology returns the eternal debate on the health effects of electromagnetic radiation. These, however, are discarded by all international agencies

Dozens of antennas, bluetooth devices and hundreds of mobile phones surround and radiate us every day. Not to mention 5G telephony that, apparently, will end life on Earth. So much radiation can’t be good!

Electromagnetic fields have been present in nature since before the appearance of man. Sunlight, cosmic rays, storms, and natural terrestrial radiation are sources of exposure to these fields.

In the mid-1990s, mobile phone antenna networks began to be deployed. Although they were made with international technical standards, which already took into account the protection of the population, not enough information was offered in this regard.

Despite a quick reaction from organizations, operators and experts, the perception of risk settled among citizens. It also found its way into institutions, local administrations and associations.

Thus, a paradigmatic situation was produced. On the one hand, antenna rejection was a global phenomenon. On the other hand, the universal demand for the service was growing.

The WHO seems to have it clear

Both the World Health Organization (WHO) and the European Union were aware at the beginning of the 2000s of this deficiency and of the need to respond to a concern and social perception of the risk associated with mobile telephony.

Although this perception and concern were oversized.

Despite the efforts made to inform and reassure the public, the WHO recognized in 2006 that “some people consider it probable that exposure to radio frequency electromagnetic fields carries risks and that these may even be serious”.

In the 2014 review, the WHO assured that “to date it has not been confirmed that the use of mobile phones has harmful effects on health.”

In another document published at the beginning of this 2020 on 5G, he insists that in recent decades there have been no scientific studies that demonstrate a causal relationship that may raise concerns about health effects.

“The heating of tissues is the main mechanism of interaction between radio frequency electromagnetic fields and the human body.”

That possible effect, at typical exposure levels, is negligible. That is why it is important that the levels are kept below the limits established by independent international agencies.

Who and how exposure limits are set

In 1992, the International Commission for Non-Ionizing Radiation Protection (ICNIRP) was established in Germany. This independent, non-profit, scientific organization regularly and systematically reviews scientific evidence to determine the levels at which biological effects occur.

Not only from radiofrequency electromagnetic fields, but also from other electromagnetic radiation such as visible light, infrared and ultraviolet light, which, above certain levels, can also be very dangerous.

That is why security levels are set and, for that very reason, we should not worry about the radiation emitted by the remote control of our TV. Neither the Wi-Fi router in our house or our wireless phone.

Thus, once the levels at which effects are observed for each frequency are established, a precautionary or safety factor of 50 is applied.

These values ​​have been accepted by most Western countries for decades and are adopted in the corresponding legislation.

In addition, there are other agencies or bodies that perform a similar review. For example the Institute of Electrical and Electronics Engineers (IEEE) and the Food and Drug Administration of the United States.

These three organizations, in recent months and coinciding with the deployment of 5G, have reviewed and published their guidelines for safe limits on human exposure.

The black hand of the industry

That the industry is behind all these regulations and institutions is an argument reiterated by the anti-antenna movements – now anti-5G – that seem to embrace all kinds of conspiracy beliefs regarding, also, masks, vaccines and COVID-19.

In fact, it has been the industry and the professionals of the sector the most interested in ensuring that the radiation emitted by the antennas were safe and that the power levels were within the permitted limits.

The Official College of Telecommunications Engineers (COIT), as a public law entity at the service of society, was the first organization that already in 2001 prepared a report on mobile phone radio frequencies.

This was intended to inform citizens and mitigate the concern that already arose in the face of ignorance of this technology and the regulations that regulate it.

The dissemination work focused on town halls and citizen associations, although work has continued throughout these years with all types of administrations and institutions.

In 2006, the Scientific Advisory Committee on Radiofrequencies and Health (CCARS) was created, an independent committee made up of highly prestigious professionals -in fields such as medicine, physics, chemistry, biology, telecommunications engineering and law-, which, since then, has produced five triennial reference reports.

In them they collect the existing scientific evidence on the impact of electromagnetic fields on health.

In addition, it has published numerous documents on specific technologies -the latest on 5G-, with the aim of truthfully informing society, always maintaining rigorous scientific knowledge as a reference.

Their reports have always tried to shed light and avoid any self-serving misrepresentation of the effect of these technologies on health.

Including unsubstantiated comparisons with substances, such as tobacco or alcohol, that science has shown to be harmful even in small amounts.

To say that radio frequency electromagnetic fields are harmless is false if it is not accompanied by the phrase “at the usual levels of exposure”.

These levels are tens or hundreds of thousands of times below the safety levels set by ICNIRP.

This is what numerous studies and systematic reviews of personal exposure under real conditions have shown.

But there are established effects derived from the use of devices and that are not a consequence of the radiation they emit.

Thus, it has been shown that its use can cause dependence, muscle problems, bad posture and that they condition our personal relationships and healthy habits.

These effects, however, are not denounced by the movements against these technologies.

Deny the evidence, for what purpose?

You may think that there is some scientific controversy on this topic.

You may have heard that “numerous scientists warn of the effects” in questionable international appeals, some pseudo-report such as the Bioinitiative or a political declaration outside the European Union, such as the 1815 declaration of the Council of Europe.

They all have in common their lack of rigor, arbitrary setting of limits, or inappropriate extrapolation from animal or laboratory studies without taking actual conditions into account.

In 30 years, a systematic review or meta-analysis – the studies with the greatest strength in science – has not been published that demonstrates its alarming omens and health dangers (effects on sleep, concentration, physiological, hypersensitivity or even cancer) .

On the other hand, the relationship of its promoters with the proliferation of a certain “business of fear” is verifiable based on distorted, erroneous data and in no case supported by scientific evidence.

And that business that is based on these data affects both areas such as medical-health, with diagnoses or prescriptions not based on medical knowledge; the legal one, with unsustainable complaints based on the opinions of supposed experts, information media lacking credibility (pseudoscientific websites) or even companies that offer completely unnecessary protection devices and devices.

A whole business based on fear and ignorance that continues to fuel the false perception that we live on the edge. 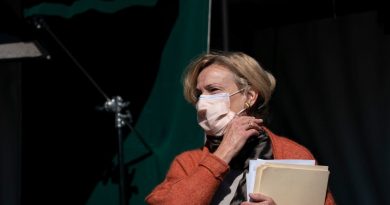 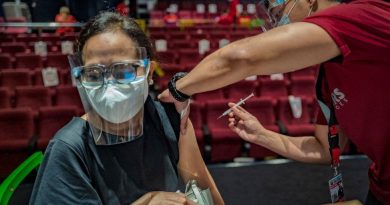