We explored one of the most unexplored senses: touch, and discovered several interesting facts

Touch is a crucial part of our lives. The right kind of touch can reduce pain, relieve our stress, and convey emotions faster than words.

It is a sense that cannot be extinguished and its power must not be underestimated.

“I think we underestimate how important physical contact is in our social interaction. The human touch is key to our survival. It’s in our DNA, “said Robin Dunbar, a developmental psychologist, in conversation with the BBC.

In addition, it is a sense that has acquired a new resonance during the pandemic, now that we have to keep our distance and we have not hugged friends or family with whom we have not lived in more than half a year.

However, “the sense of touch is very little investigated. For every 100 articles on sight there is one on touch, “said David Linden, author of” Unique: The New Science of Human Individuality. “

Touch is the first sense that we develop.

Like fetuses in the womb, before it can hear, smell or taste, we feel. And as the pregnancy progresses, the twins even reach out to touch each other.

It is also the sense with the largest sensory organ in the body : the skin, which covers an area of ​​at least 2 square meters.

But what happens when we touch other people? And why is it so special?

“When you touch other people your brain processes it with different mechanisms,” Katerina Fotoloulou, professor of Psychodynamic Neuroscience, told the BBC.

“It was only in the 1990s that we discovered that in humans we have a specialized set of cells in the skin, which then travel with specialized pathways to particular parts of the brain. That system is called C-Tactile . “

Sensors on the skin allow us to experience pressure, vibration, and pain, as well as temperature and physical pleasure.

Those sensors quickly adapt to light touch, that’s why after putting on our clothes, at a moment we forget that it is touching our skin , unless for some reason it is making us uncomfortable, of course.

What prompted us to explore the topic was an online study called The Touch Test that the BBC and Wellcome Collection launched in January to find out more about this little-researched sense.

More than 40,000 people from 112 countries participated, making it the largest physical contact study ever done.

The findings show how much we value interpersonal contact, something that health specialists have very much in mind, particularly in the midst of the pandemic.

“In a situation where we can’t touch the people in our everyday lives that we normally touch, it’s not like everything is going to fall apart instantly. But our feelings of connection, of empathy, of trust will slowly degrade , “Linden explained.

The problem, in its most severe form, is known as “Skin hunger” or “Skin thirst.”

And it is that we deeply miss touching and being touched because when it happens that wonderful elixir known as endorphins is released.

Not for nothing, when describing physical contact, despite coming from such a variety of countries, the study participants used some words much more than others.

The 3 most common words

And, among the curious data collected by the study, are …

1. Skin… of a furry and soft animal

Exploring the sense of touch, we also discover that there is …

Have you ever noticed that just by touching another person once you can communicate what you are feeling?

We do this without paying much attention to it, but experiments have shown that people can convey a wide variety of emotions – even to a stranger – just by touching them once on the arm.

When their arm is stroked, pressed, or squeezed, that stranger can correctly identify what the person was trying to communicate up to 83% of the time , with emotions ranging from anger, fear, and disgust to love, gratitude and sympathy.

Among others, did you know that the hairy part of the human arm is designed to be caressed and that there is an optimal way to caress it?

As you hear it (or rather read it): there is a caress that we are programmed to like more: it has to be light and its speed must be exactly 2.5 cm per second .

Although, only if you have a person on hand who does not represent a danger.

Yes, unfortunately, the whole social concept of touch is really changing in society due to the pandemic.

Are we getting used to not touching?

“When people in quarantine were exposed to movies in which there was natural physical contact, they would jump up and start talking to television saying things like, ‘No, you can’t do that!'” Katerina told the BBC. Fotoloulou, Professor of Psychodynamic Neuroscience.

“It’s a good sign of how quickly we learn to inhibit ourselves, ” he added.

Rebecca Slater, Professor of Pediatric Neuroscience, suspects that the change may be lasting.

” I do not think he sees ra s people interacting in the same way that as we did before the pandemic.”

However, evolutionary psychologist Robin Dumbar doubts that the transformation is that drastic.

“It seems highly unlikely to me that we will ever lose our sense of the importance of touch,” he told the BBC.

“You must never say never when it comes to evolution… But it will all depend on whether other forms of behavior that activate the endorphin system in the brain actually start to work better than physical contact.

“And I suspect that is unlikely, unless we abandon all notion of having romantic relationships .”

Superconductors: The Material That Promises To Create An Energy Revolution 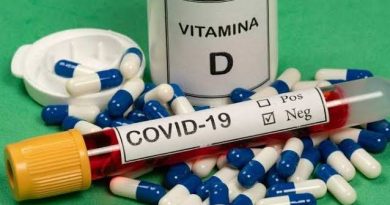 What is the relationship of vitamin D with viral diseases such as coronavirus? 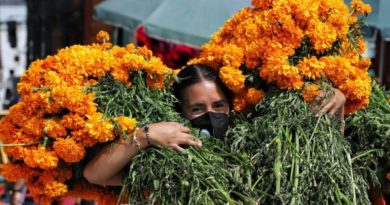 Day of the Dead: what is the origin and meaning of the cempasúchil flower, the queen of the altars in Mexico