An energized Trump and in the environment that he enjoys the most, a massive campaign rally in which social distancing has been a chimera and only a few were seen wearing a mask, returned to the electoral contest on Monday and has done so in the state he calls home, Florida.

From Orlando Sanford International Airport, in the center of this southern state, the candidate for another four years in the White House, Republican Donald Trump , has told his aroused supporters to “go out and vote” if they do not want a government of the “radical left” embodied in the Democratic candidate, Joe Biden .

The US president arrived at what is his first major campaign act after contracting COVID-19 a few hours after his White House doctor, Sean Conley, signed a memorandum in which he noted that Trump “has given NEGATIVE on consecutive days ”To the coronavirus.

“Now they say I am immune,” he proclaimed from the stage, less than 14 days after it was reported that he had tested positive for COVID-19, and even promised his followers “a big kiss . “

“When you’re president, you can’t lock yourself in the basement,” defended Trump, who a week ago left the Walter Reed military hospital, adding that the restrictions and closures imposed to mitigate the spread of the coronavirus “are doing tremendous damage to these Democratic states ” .

The Republican has appealed to slogans that penetrate his electoral base, such as “our people first”, while he has referred in grandiloquent terms to his fight against the coronavirus, which in the United States has claimed about 215,000 lives , the country with the highest death toll on the planet.

“We are on track to have 100 million doses of vaccines by the end of this year, ” he proclaimed, then pointed out that thousands of lives have been saved under his mandate.

He alluded to a solid economy and labor records, at a time when the unemployment rate in the United States in September stood at 7.9%, a decline after the 14.4% jump in April , but still above 3.5% February , that is, before the outbreak that caused the coronavirus.

He predicted “good numbers” for the third quarter and that 2021 would be the “best year” in economic terms, and boasted that “no country” has recovered like the United States.

On Florida soil, a state in which polls show him narrowly below Biden , he did not forget the senior citizens, whom he promised that “no one is going to touch their Medicaid,” or the numerous Hispanic community that lives in this state.

“(The Democrats) want to turn this into a socialist Cuba, into a Venezuela, ” warned Trump, who noted that his opponent is a “great admirer of Castro” while criticizing the reopening process that the Barack Obama Administration ( 2009-2017) did with Cuba.

In Sanford, near the city of Orlando, where a large Puerto Rican community is based , the president highlighted the support that the governor of Puerto Rico, Wanda Vázquez, gave him on October 5, who in an interview on Telemundo said that Trump has thought of Puerto Ricans.

“I’m not going to say the best, but I am almost the best thing that has happened to Puerto Rico. Better vote for my Puerto Rico, “Trump asked.

The president alluded to other resources that are popular in his electoral base, such as the fight against illegal immigration, and highlighted the “400 miles” of fences built on the southern border , at a rate of about ten miles a day, as well as deportation of “20,000 gang members, including MS-13”.

On the same day that Amy Coney Barrett , the president’s nominee for the Supreme Court, had her first hearing in the Senate, the Republican highlighted that during her tenure three conservative judges have been nominated for the highest court, ” and (the Democrats) is driving them crazy. “

“These are the real polls,” he said to the cheers of his audience during which he described as his “official return to the electoral campaign” for a second term.

Trump seeks to speed up his pace and regain ground, according to what the latest polls show , which give former Vice President Joe Biden an advantage, and after the rally in Florida this week he has planned other campaign events in the states of Pennsylvania and Iowa.

Biden, who said today that Trump’s rally in Florida was only going to bring “reckless behavior, divisive rhetoric and more fear,” will be in this disputed state tomorrow Tuesday, and will have campaign rallies in Pembroke Pines and Miramar, both in southern Broward County, neighboring Miami-Dade. 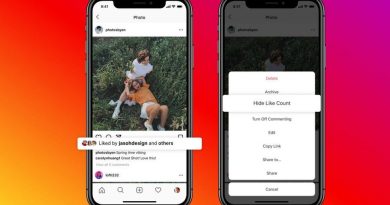 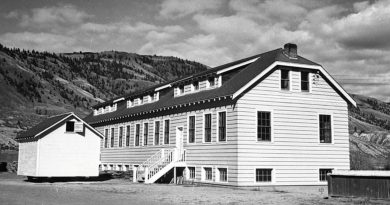 Canada mourns as remains of 215 children found at indigenous school 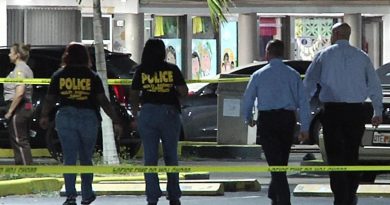 2 Dead In Mass Shooting Outside Concert In Florida, 20 Injured