Home > Trump fires his defense secretary, who refused to use troops against anti-racist protests Defense Secretary Mark Esper, who was fired on Monday by President Donald Trump , will go on to be remembered for having stood up to the president in his desire to use the Army in the repression of protests against police brutality in recent months.

In a message on Twitter, Trump announced the firing of Esper and his interim replacement by Christopher C. Miller , until now director of the National Counterterrorism Center.

The removal of the Pentagon chief, who had been confirmed in the post in July last year, came two days after Trump’s electoral defeat against the Democratic candidate, Joe Biden, was known, something that the president has refused to recognize.

Esper’s name appeared on the list of possible firings by Trump after he opposed the president’s idea of ​​sending military units to quell race riots in different cities of the country this summer after the death in police custody of the African-American citizen George Floyd .

Trump had repeatedly threatened to send all kinds of forces, including the military, to suppress these demonstrations, which in some cases had led to acts of violence and looting, prompting Esper to announce his opposition to that idea from a press conference. at the Pentagon.

“The option of using active troops in the role of law enforcement officers should only be used as a last resort, and only in the most urgent and extreme situations . We are not in one of those situations now, ”Esper said at the time.

According to what was said at the time, Trump was so infuriated by the refusal that he had to be convinced not to fire Esper immediately, which did not mean that, despite the low profile that the military leader later adopted, he was seen with one foot outside the Pentagon .

Trained at the West Point Military Academy and with experience in both the Government and the private sector , Esper had arrived at the Pentagon in July 2019 to replace James Mattis, who resigned because he did not agree with Trump’s plans. to withdraw troops from Syria.

Born in 1964, Esper graduated from West Point with a Bachelor of Science at age 23, before joining the Army as an infantry officer, which led to his involvement in the first Gulf War.

His actions at the front led him to be awarded a Bronze Star and a Legion of Merit.

Upon his return to the United States, while still on active duty, he took time to complete a master’s degree in Public Administration at the prestigious Harvard University.

After ten years of service, he decided to leave the military and began working for the Heritage Foundation , a highly influential conservative think tank in Washington.

From this institution, he made the leap to public service and joined the staff of the Senate International Relations Committee and between 2001 and 2002 he served as director of Public Policies of the House of Representatives Armed Services Committee.

That’s when his first call came from the White House.

In 2002, the Administration of then President George W. Bush offered him to join the Pentagon as Under Secretary for Negotiations in the Department of Defense.

This position gave him the opportunity to work on issues related to arms control, international security and nuclear non-proliferation .

After his brief stint in the Defense portfolio, he returned to the private sector to work in institutions such as the Association of Aerospace Industries and the multinational Raytheon, one of the main contractors of the Pentagon.

In 2017 he left Raytheon to return to the Pentagon as Secretary of the Army, a position from which he managed the resources and training of the 1.4 million soldiers who are part of this branch of the Armed Forces.

Thanks to this position, he became one of the most recognizable faces in the Pentagon and returned assiduously to the corridors of the Capitol, proving to be a strong advocate for both the needs of the Army and the policies of the White House.

At the Senate hearings to be confirmed in office, however, Esper promised that he would abide by the law. Royal expert claims: Prince Philip, 99, has ‘walked away’ from Prince Harry and Meghan Markle after the ‘great shock’ of Megxit and his grandson’s ‘alien behaviour’ 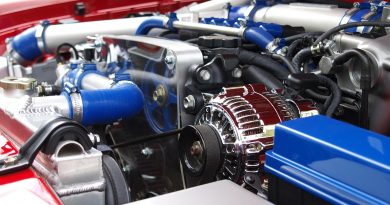 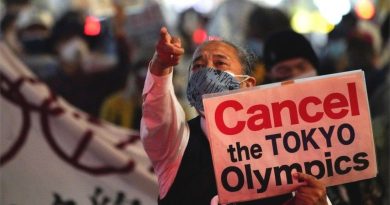