Home > Tropical storm Eta leaves flooding in Florida, but may not hit the state as a hurricane Thousands of people have been without power in the affected area. The situation is expected to worsen as the hours pass

South Florida is already suffering the effects of Tropical Storm Eta , with flooding and thousands of people without power , although it is not expected to become a hurricane again until it reaches the Gulf of Mexico on Monday , the National Center for Hurricanes (NHC) of the United States.

According to the latest bulletin, issued at 10 p.m. ET, Eta is very close to the southern tip of the Florida peninsula and maintains winds of 65 miles per hour (100 km / h).

The tropical storm is moving rapidly (14 miles per hour or 22 km / h) to the northwest and will pass next to the Florida Keys throughout the next morning.

During this period of time, and until it becomes a Category 1 hurricane after noon on Monday, Eta will leave “heavy rains and flash floods” that could endanger the lives of residents, who will also suffer the effects of strong winds and dangerous swells.

Several urban areas in South Florida, a region in the northern and northeastern part of the system, which is leaving more rain discharges, suffered floods as a result of the heavy rainfall that fell over the weekend.

And the situation is expected to worsen as the hours pass and the arrival of new bands of rain from Eta to the region, which is in a state of alarm.

Firefighters in the city of Lauderhill rescued a person who was in a vehicle that fell into a canal on Sunday afternoon, when bad weather conditions were raging, and are looking for other occupants of the car, said the Sun Sentinel .

More than 35,000 customers of the Florida Power Light (FPL) company are without fluid in South Florida due to the passage of the meteorological phenomenon.

But the biggest danger is water, and storm surge flooding can peak 4 feet above the usual high tide, according to a report released Sunday by Monroe County, which is part of the Florida Keys.

Rain could make matters worse with flooding of up to 12 inches (3.6 meters), with isolated peak amounts near 18 inches (5.4 meters).

The combination of the accumulation of rainwater and the storm surge can mean, they indicated, that the streets can remain flooded “for days.”

Eta arrives in the United States after crossing the island of Cuba this Sunday , where it left significant floods, and after devastating Central America and southern Mexico with at least 93 people dead, 171 missing and a landscape of destruction with still incalculable damage.

In Cuba, as well as in parts of Jamaica and the Bahamas, they will continue under heavy rains, with the risk of flooding the Spanish-speaking Caribbean island, he said in NHC. 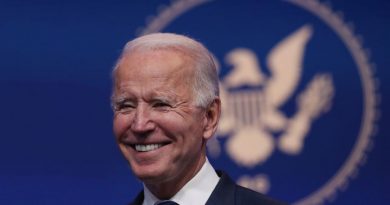 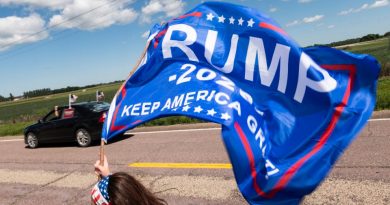