Historic elections from every point of view

The 2020 elections in the United States can mark a before and after for the participation of citizens at the polls . The coronavirus pandemic and fear of chaos on Election Day have encouraged early voting, either by mail or in person .

Most of the ballots delivered early in these elections have been by mail with 39,789,419 votes . In person, 18,987,463 votes are counted. The total in the election is expected to exceed 150 million, which could be the largest number in US history.

California, Florida and Texas lead the Early Vote in the US Nine days before the elections, Texas already has 80% of the total registered in 2016. In that state 7,173,088 people have voted. In Florida the percentage is 60% with respect to the elections in which Donald Trump prevailed.

Democratic voters represent 49.1% of the early vote nationwide. Republicans add 27.9% . These data only take into account states with records by party.

Early voting is believed to remain the norm from now on, although court battles are anticipated in states traditionally ruled by Republicans. 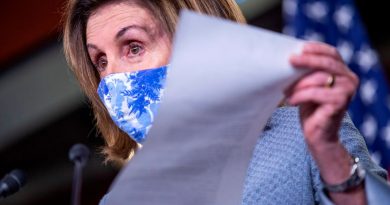 Two days before the elections, what about the second stimulus check and unemployment benefit?