A new death of an African American multiplied protests against police violence in the United States. Walter Wallace suffered a mental breakdown when he was shot several times

Shots in the chest and shoulder ended the life of Walter Wallace Jr. and reignited protests against police violence against African Americans in the United States, this time in the city of Philadelphia (Pennsylvania).

The incident occurred Monday afternoon, when two police officers fired after asking Wallace to drop a knife he was carrying in one hand.

Reports indicate that the African-American did not drop the weapon he was carrying and instead advanced on security officials.

Later it was learned that the deceased suffered a mental health crisis when everything happened.

And his father questions why the policemen did not use other methods to neutralize him than lethal shots.

This is what is known about the incident that once again generates street protests due to racial violence denounced by black communities in the United States.

What happened on monday?

Police said two officers responded to a complaint against a man with a gun in the Cobbs Creek neighborhood of West Philadelphia mid-afternoon Monday.

Wallace was holding a knife when the officers approached and, instead of following orders to drop the weapon, “advanced towards them,” according to the official version.

Both fired “several times” wounding the person in the shoulder and chest. Later, according to official information, one of the agents took him to a hospital, where he was pronounced dead.

Images that were later shared on social media show the two officers pointing at Wallace as he walked towards them.

In the videos you can see how the uniformed men yell at him to drop the knife as a preamble to the shooting.

Wallace’s father told The Philadelphia Inquirer newspaper that his son had mental health problems and was taking medication .

“Why didn’t they use a stun gun?” Asked the father.

At a press conference on Tuesday, authorities reported that officers fired seven shots each.

The officers, who have not been identified, were wearing body cameras but were not carrying tasers.

Wallace, 27, had bipolar disorder, and according to the family’s attorney, his wife told officers before they shot him.

The woman is pregnant, according to reports.

What was the reaction?

On Monday and Tuesday nights hundreds of protesters marched in Philadelphia.

The protests prompted the National Guard and the police to reinforce their presence in the city and authorities say that 30 security agents were injured during the clashes.

Protesters were also accused of looting businesses during the riots.

The marches began peacefully, but degenerated into violence as the night wore on.

The riot squads arrived in patrol cars, bicycles and buses.

Faced with the violence, shops in the city closed early and barricaded them.

It is estimated that on Monday more than 300 people took to the streets and 91 were arrested.

According to local media, an officer had to be taken to a hospital with a broken leg and other injuries after being hit by a truck.

Philadelphia was also the center of major protests in May following the death of George Floyd after being suffocated by a police officer in Minnesota.

What do the authorities say?

Speaking at a campaign rally Tuesday, President Donald Trump tried to link the protesters with his Democratic rival Joe Biden.

“Thirty police officers were injured, some seriously. Biden is with the rioters and I with the heroes of the forces of order, “he added.

For their part, in a joint statement, Biden and his running mate, Kamala Harris, stated that they cannot accept that “a mental health crisis ends in death.”

“It makes the shock, pain and violence of the shooting that much more painful, especially for a community that has already suffered so much trauma,” they added.

They also condemned the looting reported on Monday and called it a crime.

Philadelphia is the largest city in Pennsylvania, a state considered key for the definition of the presidential elections on November 3.

Mayor Jim Kenney (Democrat) indicated that the video of the shooting raises “difficult questions that must be answered” and expected a “quick and transparent resolution” of the case.

Who was Walter Wallace?

Wallace was an amateur rapper and used to record songs on topics such as police gun violence and racial injustice, according to family and neighbors, who described him as a “quiet family man.”

The Philadelphia Inquirer reported that he was the father of eight children and that he went through the courts during his adult life. He was pending trial for allegedly making threats, but was delayed due to the coronavirus pandemic.

He also pleaded guilty to robbery, assault and possession of a criminal instrument in 2017, after breaking down a woman’s door and putting a gun to her head , according to an ABC affiliate outlet in Philadelphia.

Earlier, in 2013, he pleaded guilty to assault and resisting arrest after striking a police officer in the face and a judge ordered him to undergo a psychiatric evaluation and treatment.

Data on the number of disabled people killed by the police in the US is difficult to obtain.

Estimates suggest that about a quarter of people who die in interactions with the police have some mental or physical disability. 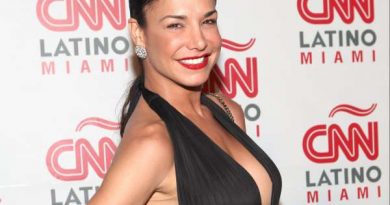 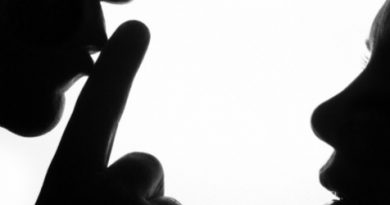 Woman accused of allowing her partner to abuse her own daughter 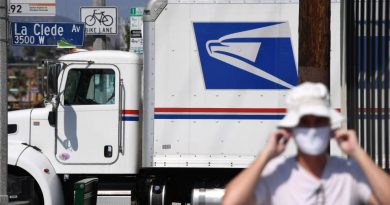