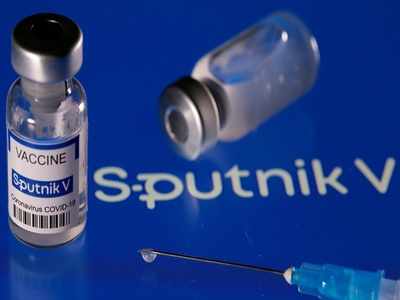 The efficacy of Sputnik Light is 79.4 per cent based on the analysis of data on the coronavirus infection rate among those in Russia vaccinated with the single-dose vaccine from December 5, 2020, to April 15, 2021.

Moscow: The Russian Direct Investment Fund (RDIF) on Wednesday announced that the Russian Sputnik Light coronavirus vaccine demonstrates 78.6-83.7 per cent efficacy among the elderly, according to real-world data collected by the Ministry of Health of the Buenos Aires province (Argentina).

According to the data from over 186,000 people aged 60-79, more than 40,000 of whom received a shot of Sputnik Light (first dose of Sputnik V) as part of the mass-scale civil vaccination program, the infection rate between 21st and 40th day from the date of receiving the first dose was only 0.446 per cent.

At the same time, the infection rate among the non-vaccinated adult population was 2.74 per cent for a comparable period, according to an official release.

The following formula was used to calculate the vaccine’s efficacy: “Adjusted data weighted by age, gender and a number of other parameters among groups of vaccinated and non-vaccinated subjects demonstrated comparable efficacy of the Russian vaccine – 78.6 per cent.”

Positive official data of vaccination with single-dose Sputnik Light confirms the great efficacy of the vaccine and its potential for being used during the vaccination campaign in Argentina.

Kirill Dmitriev, CEO of the RDIF, said: “The publication of independent data in Buenos Aires province confirms high efficacy of the Russian vaccine for senior citizens who are in a high-risk group. An efficacy level of near 83.7 per cent is higher than that of many two-dose vaccines.”

“As the report of the Ministry of Health of the province has demonstrated, vaccination with Sputnik Light (the first component of the Sputnik V vaccine) can significantly reduce the number of infections and hospitalizations. We plan to continue cooperating with colleagues in Argentina for further data on the use of the Russian vaccine,” Dmitriev added.

According to the release, the efficacy of Sputnik Light is 79.4 per cent based on the analysis of data on the coronavirus infection rate among those in Russia vaccinated with the single-dose vaccine from December 5, 2020, to April 15, 2021.

It further said Sputnik V uses two different vectors for the two shots in a course of vaccination, providing immunity with a longer duration than vaccines using the same delivery mechanism for both shots.

The safety, efficacy, and lack of negative long-term effects of adenoviral vaccines have been proven by more than 250 clinical studies over two decades, the release added.

El Salvador authorizes bitcoin as legal tender, the first country in the world to do so

19 women have accused Trump of sexual misconduct. Here’s what their stories have in common. 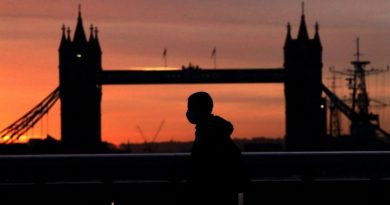 Covid-19: Talks Continue Over New Restrictions For Parts Of England