Oribe Peralta was criticized after the Classic

The National Classic was held on September 19, the Chivas lost to America 1-0 but what attracted the most attention was the end of the game: when the players from both teams said goodbye with laughter and hugs .

Oribe Peralta was in the eye of the hurricane and until now the sports director of the Chivas, Ricardo Peláez, defended the attitude of the player and that of his other teammates.

“Who was Oribe talking to? With Jorge Sánchez, Córdova and Antuna I was with Sánchez, if you notice, people were involved not from America, from Santos, they are partners from before. It doesn’t look good, I’m not excusing them, but since there are no people in the stadium and you’re talking, they are teammates, professionalism is above the love for the jersey ”. Peláez said in an interview for the podcast The ball that knows .

“Simply and simply they start talking, people have the right to criticize but they are colleagues and as a professional that I am, I think the same of them.” 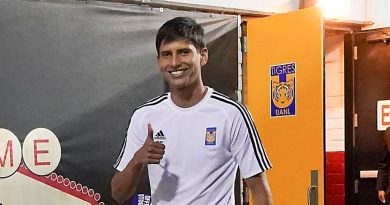 Jurgen Damm shines with a tremendous assist in Atlanta’s triumph