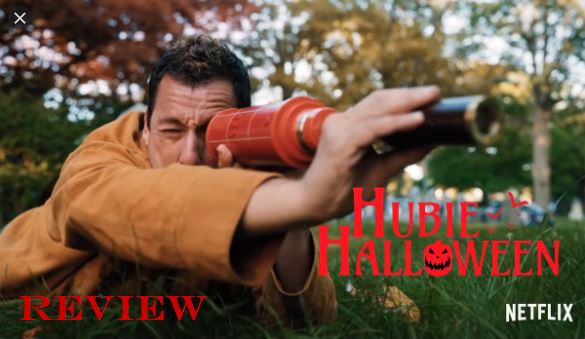 Adam Sandler is here to save your Halloween – or at least make it extraordinarily silly.

Directed by longtime Sandler collaborator Steven Brill, the Netflix family comedy “Hubie Halloween” (★★½ out of four; rated PG-13; now streaming) is a feel-good, all-star monster mash with a low-key smackdown on bullying and a major focus on being as goofy as possible. It fits the all-too-familiar mold of Sandler’s usual broad comedies – although geared a little more toward teens and tweens – and offers a little whodunit amid all the ridiculous slapstick and horror-flavored shenanigans.

Sandler (also a co-writer) introduces a new signature character in his iconic filmography: Hubie Dubois, a mumbling scaredy-cat who’s regarded as the town clown of Salem, Massachusetts. Every Halloween, Hubie volunteers to look after his fellow residents, police trick-or-treating and make sure everybody has a safe time.

But most don’t appreciate the goodhearted lug, who lives with his mother (June Squibb) and wields a Swiss Army Thermos. (Not only does it hold soup but also an umbrella, electric screwdriver, flashlight and more.) Town kids and jerky adults throw all manner of objects – eggs, toilet paper, flaming poo, tubas – at Hubie as he rides by on his bicycle and generally treat him like a doormat. But  Hubie remains undeterred.

Hubie’s mom, whose wardrobe consists of double-entendre novelty T-shirts, tells him he needs to stand up for himself and find “the bravery within you.” And this Halloween, he finally gets the chance: An escaped mental patient is on the loose, there’s a strange howling coming from the house of his kooky new next-door neighbor (Steve Buscemi), and Hubie watches folks get mysteriously abducted in front of him while on patrol.

Candy-loving Officer Steve (Kevin James) and Hubie’s old classmates, including the mean Henesseys (Tim Meadows and Maya Rudolph), never take him seriously. But there some folks are in Hubie’s corner, including childhood crush (and fellow lovable weirdo) Violet Valentine (Julie Bowen), her foster son Tommy (Noah Schnapp) and Megan (Paris Berelc), a senior who takes a liking to freshman Tommy.

Unlike Sandler’s typical comedic vehicles (“Happy Gilmore,” “Billy Madison”), “Hubie” makes good use of its large  supporting cast though could have let their freak flags fly more. The youngsters get real story arcs and the script, which is heavy on zingers and light on substance, unleashes likable oddballs outside of Sandler’s over-the-top persona. There’s also plenty of neat cameos, including Rob Schneider, Ray Liotta, Shaquille O’Neal and George Wallace, with nods to previous Sandler works.

“Hubie” also marks a head-spinning 180 for Sandler from his anxiety-inducing turn in last year’s acclaimed “Uncut Gems,” which given his career was the bigger outlier. While fairly enjoyable, the comedian doesn’t do a whole bunch we haven’t seen before here. There’s a lot of “Waterboy”Bobby Boucher in Hubie, which is not necessarily a bad thing. Thankfully, there is a grown-up gravitas he now brings to his misfit portrayals, even though you could still believe this dude was voted Most Likely to Marry His Pillow in high school.

Hardcore Sandman fans will find plenty to adore in “Hubie,” which is akin to a mini Baby Ruth candy bar in a trick-or-treat bag: sweet, gooey, nutty and satisfying enough. 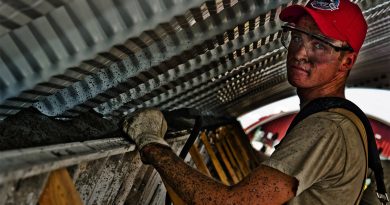