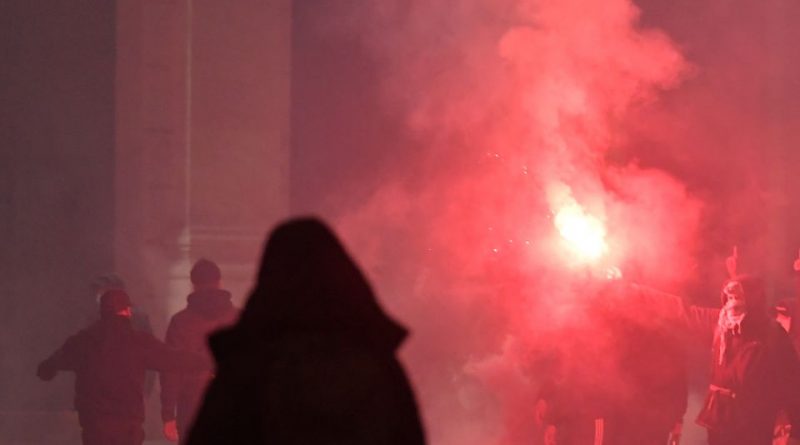 Protesters protested against police in Milan, Turin and Naples shortly after the new measures went into effect

Violent protests against the new restrictions to control the second wave of coronavirus shook Italy this Monday night.

Clashes between police and protesters took place in several of the main cities of the European country.

In Turin, protesters threw gasoline bombs at officers. In addition, vandalism occurred in various luxury stores, including the Gucci boutique.

And in Milan, riot police fired tear gas to disperse the masses, who shouted “Freedom, freedom, freedom” as they marched through the city center.

In Naples, in the south of the country, different situations of violence were also reported.

The protests began shortly after the new restrictions imposed by the national government came into force, which include the closure of restaurants, bars, gyms and cinemas at 6:00 pm local time.

Many regions have imposed night curfews, including Lombardy and Piedmont, where Milan and Turin meet respectively.

The protests also occurred in a dozen other major cities such as Rome, Genoa, Palermo and Trieste .

Italy fought the first wave of the virus with a strict confinement that was followed with discipline by the population, but the announcement of these new measures quickly generated rejection.

And it is that small businesses argue that they are still recovering from the first confinement and that a second would lead to bankruptcy.

What are the new Italian measures?

Bars, restaurants, and cafes must stop their table service at 6 p.m. and can only sell take-out until midnight.

Contact sports are prohibited but shops and most businesses will remain open.

The new restrictions, which will be in effect until November 24, will also affect 75% of classes in Italian secondary schools and universities, which will be taught online instead of in person.

Regional governments requested that all classes be conducted remotely, but this request was rejected by the Minister of Education, Lucia Azzolina.

Italy has also asked its citizens not to travel outside their localities unless absolutely necessary and to avoid using public transport as much as possible.

” We believe that we will suffer a little this month , but clenching our teeth with these restrictions we will breathe again in December,” Prime Minister Giusseppe Conte said last Sunday.

What else is happening in the rest of Europe?

Gyms and swimming pools have also closed in Brussels, the capital of Belgium. Stores must close at 8:00 pm and masks are mandatory in any public space . These measures will be in effect until November 19.

Meanwhile, in Liege doctors have been asked to keep working even if they have coronavirus. The head of the Belgian Association of Medical Trade Unions told the BBC that there was no other alternative if the goal was to prevent the health system from collapsing in a few days.

For its part, the United Kingdom established a system of three alert levels ranging from medium, high to very high. Each system has a stricter package of measures.

More than half of the population of England, the UK’s most populous nation, is already at high or very high alert level.

In Franc ia , health experts warn that the number of new cases of covid-19 daily could be around 100,000, which would double the official figures.

Delfraissy told national radio that he was surprised by the “brutality” of the second wave and that he expected it much worse than the first.

“Many of our citizens are not yet aware of what awaits us,” he added.

France imposed night curfews in major cities, including Paris. The country has registered more than 1.1 million cases and 34,780 deaths in total.

A night curfew was also introduced in the Czech Republic, which will be in effect for a week from Tuesday.

No one can leave their home between 9:00 pm and 4:59 am except to get to or from work, for medical reasons and a few other exceptions. All stores will close on Sundays and can only remain open until 8:00 pm on other days.

Spain declared a new state of national emergency and also imposed a night curfew. Prime Minister Pedro Sánchez announced that said curfew will last from 11:00 pm to 6:00 am.

Under the new state of emergency, local authorities can also veto travel between the different autonomous communities.

In Russia, finally, a record of 17,347 new cases of coronavirus was registered this Monday. The total number of cases has exceeded 1.5 million and the most affected city, Moscow, said that “cases continue to rise but more slowly.” 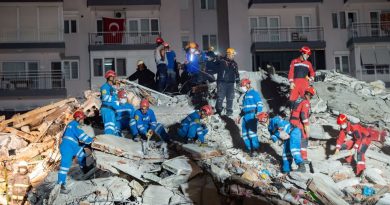 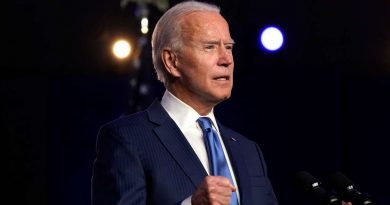 Joe Biden: “Now is the time to heal America” The woman went berserk on board EasyJet. “You will all die!” – she shouted, deliberately coughing at the passengers [VIDEO]