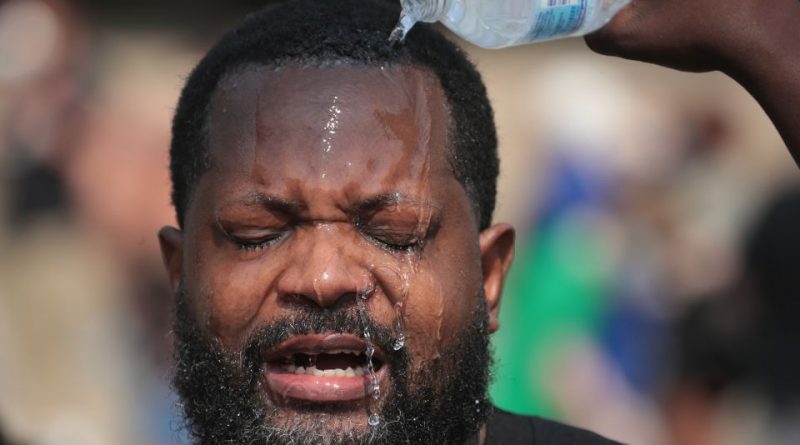 Police made arrests and pepper sprayed a demonstration where children and the elderly were present. The governor said this incident is unacceptable

Law enforcement officers used pepper spray on Saturday to disrupt a march calling for participation in the elections and heading toward a polling place in Graham , North Carolina , the News Observer reported .

The “I Am Change” march was billed as a “march to the polls” in which participants were encouraged to march in honor of African Americans whose deaths have fueled protests of racial injustice, including George Floyd , Breonna Taylor and Trayvon. Martin , among others, according to a description of the event.

North Carolina Governor Roy Cooper criticized the Graham police conduct, saying it is unacceptable , because peaceful protesters have the right to be heard and voter intimidation will not be tolerated:

Alamance County Sheriff’s deputies and Graham police pepper sprayed even a 5-year-old girl and other children, who were participating in the “I Am Change” march to the polls Saturday afternoon.

A racially diverse group of about 200 people walked with a police escort from Wayman’s Chapel AME Church to Court Square, where they held a rally to encourage people to vote. The event was hosted by the Rev. Greg Drumwright, a Burlington native who runs the Citadel Church in Greensboro, according to his website .

According to a statement from the Graham Police Department, officers pepper sprayed the ground to disperse the crowd when the demonstration was deemed “unsafe and illegal” due to unspecified “actions.”

Protesters held a moment of silence on the street in honor of George Floyd , the black man killed while in police custody in Minneapolis earlier this summer.

After the moment of silence ended, law enforcement told the people to clear the street. George Floyd’s niece was scheduled to speak at the event, but speeches were cut short before she had a chance to use the microphone.

Then officers and police officers used pepper spray against the crowd and began arresting people. Several children in the crowd were affected by pepper spray.

Melanie Mitchell told News Observer that her 5 and 11-year-old children were pepper sprayed right after the moment of silence. Mitchell said Graham police reached out to the crowd gathered on the street and told them to step out onto the sidewalk, and they soon began peppering the ground. Mitchell’s 5-year-old son ran, she said. Both children vomited.

“My 11-year-old daughter was terrified, ” Mitchell said. “She doesn’t want to come to Graham anymore.”

Then the crowd moved to the courthouse where the speeches were being given. But before the event was concluded, Alamance County Sheriff’s deputies began dismantling the sound system and telling the crowd to disperse.

Scott Huffman, a Democratic congressional candidate from North Carolina who attended the march, said protesters were only exercising their First Amendment rights when police used pepper spray in Graham, about 30 miles east of Greensboro.

“We were demonstrating peacefully, we were exercising our First Amendment rights with Black Lives Matter,” Huffman said in a video he shared on Twitter, where he says the protesters had obtained the proper permits. “Peaceful protests over Souls to the Polls & Black Lives Matter turned violent because police tried to seize the sound equipment,” he tweeted.

Another video posted on social media showed a woman in a motorized wheelchair reacting to pepper spray that was released a few feet from her.

At least 12 people were arrested.

About 20 police officers and sheriff’s deputies stood guard outside the county jail after the arrests.

About 100 protesters gathered on a strip of grass outside, with officers posted on either side of the crowd.

Quenclyn Ellison, president of the Alamance Alliance 4 Justice, which helped organize the march, questioned why the protesters were dispersed with pepper spray . “Why was tear gas fired at us the day we went to the polls? Voter intimidation? Ellison said. “We have been here doing this for several weeks and we were at peace. How do they treat us with such a great threat? “ 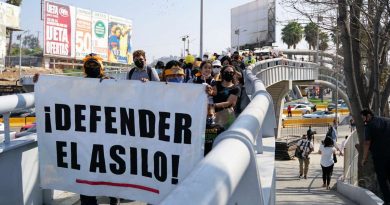 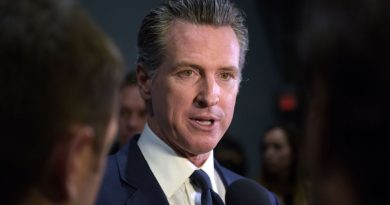 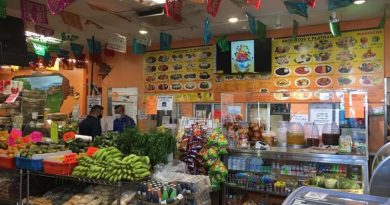 Businesses may deny service if customers do not wear a mask