Home > Plebiscite in Chile: 4 keys to understanding what is at stake in the referendum to change the Pinochet Constitution

The Chilean referendum will define the institutional political destiny of Chile for the next few years. Beyond the “approve” or “rejection”, several analysts explain what is at stake.

For the first time in the history of Chile, this October 25 the citizens will be asked if they approve or reject the drafting of a new Constitution.

The Chilean referendum, approved in a political agreement in Congress after a cycle of demonstrations that began with the student marches in 2006 and ended in October 2019, will define the institutional political destiny of Chile in the coming years.

If the “approval” is won, it will be the first time since 1833 that the Constitution is drawn up by a citizen convention elected by popular vote.

What is at stake in the referendum, beyond the “approval” or “rejection” and the type of convention that eventually arises to draft it, is what Chilean and Latin American analysts respond to BBC Mundo here.

1. Generate a Constitution “without trauma”

Despite the fact that it underwent numerous reforms, the Constitution in force until today in Chile was drafted and approved in 1980 under the military regime of General Augusto Pinochet and, according to the political scientist Gabriel Negretto, “symbolically and politically, it never overcame this congenital defect”.

For this reason, what is at stake in the constituent process that could begin with the triumph of the “approval” is the legitimacy of origin of a possible new Constitution for Chile, tells BBC Mundo Negretto, who has been a consultant for the United Nations in Constitutional reform processes in different Latin American countries.

“What surrounded the Pinochet Constitution ?: that it was born from an act of force, of violence; It was done in a climate of fear, of terror ”, describes the academic. “To mark a contrast with the origin of the old Constitution, the new one must be born from broad citizen support and in a peaceful environment,” he says.

“In this sense, there is a call to the attention of those who support the ‘approval’ of calling for calm … The social outbreak, which incorporated a large number of legitimate demands, was also associated with unjustified acts of violence that until today are not clear . You cannot eliminate all violence, but it must be clear that it corresponds to isolated groups, “he says.

In order for Chile to effectively have a Constitution that does not carry the traumas of the current one, Negretto argues, it is also required that one of the two options wins by a sufficiently large majority and in a vote with an important participation , hopefully greater than the averages of the last Chilean elections.

“A referendum like the one that was held for the peace agreement in Colombia is not the same as one on the fundamental rules with which we want to live as a society, as it will be defined in Chile. In this case, if the difference between the option that wins and the one that loses is small, it is problematic ”, warns the academic.

“It would be a bad start if the ‘approve’ won by a small margin: the trauma that Chile experiences regarding the legacies of the dictatorship come from the plebiscite of 1988, when the military dictatorship ended up yielding the transition to democracy with very high political power (“Yes” to Pinochet obtained 43% and “No” 54.7%). Here there should be no doubt about the majority position ”, says Negretto.

“If the result were 51 for the ‘approval’ and 49 for the ‘rejection’, I would be very worried about the future of Chile,” adds Negretto.

“Because that would mean that the constitutional change is not rejected by a minority, but by half of the population. And that is worrying in a polarized context, because here there are no half measures: the Constitution is changed or not ”.

2. Recover the legitimacy of politics

Vicky Murillo, director of the Institute for Latin American Studies at Columbia University in New York, points out that the plebiscite in Chile emerged as a response to social mobilization, “a symptom of the crisis of representation of the political system” in the country.

“The taking of the street and the shouting sought that the politicians listened to the citizens, even when this demand for attention required breaking the door of the room where decisions are made, as the song of ‘Hamilton’ says”.

The academic refers to “The room where it happened” one of the themes of the popular American musical that describes the secret negotiations where the elite negotiate outside the eye of public opinion, a practice that in Chile is described as “the kitchen.”

“It is important to remember the expectations that the constituent process carries and the importance of keeping that door open. This implies that not only the result, but also the constitutional process will be key to recovering political legitimacy, ”says Murillo.

If the “approval” is won, the political scientist warns that it is important “to ensure the entry of new actors as agents of citizen representation and, at the same time, that both old and new representatives guarantee their attention to citizens even when they are not shouting or in the streets, ”he says.

How to achieve that goal? Establishing a human connection, based on empathy and shared experience, he proposes.

“That citizens recognize themselves in their representatives and can trust them. The process cannot be participatory until the last instances, it will require waiting, and it may involve errors. For this reason, trust in those who are in the room where decisions are made depends both on an open door and on the empathy between them and those who have been asking to be heard for too many years, ”describes the political scientist.

“The biggest label that I would put on the Chilean process would be the option of changing the rules of the game on the distribution of power and valuable public goods for the existence of the entire society. Not only civil rights, freedoms, but also social ones, like water, housing, education.

Henríquez argues that, if the constituent process is carried out, one of the options is to remove the obstacles that today prevent changing some public policies in Chile through Congress. Under the current Constitution, even if a law is approved by a super parliamentary majority, it can be challenged before the Constitutional Court (TC).

“If one establishes in the Constitution that matters will be regulated by simple law, for example, and the TC is modified, the effect will be that changes in public policies will be simpler,” says the academic.

“The ‘rejection’ would suppose that the citizenship does not have the will to change the Constitution, because things as they are, are fine. But that does not prevent reforms can be made. There are people of the ‘rejection’ who believe that profound changes are needed and have committed themselves to undertake them ”, says Henríquez.

“The difference is that in the ‘ I approve ‘ there is an itinerary , a clear path, a specific body. The reforms that were made in the case of ‘rejection’, would be made through the current Parliament, and the changes would not have as much legitimacy as those that would have a body specially chosen for it ”, he adds.

“It is possible that a new Constitution will look quite similar to the current one, and expectations may be frustrated, but I insist on the importance of sitting down to talk. This difference should already satisfy many expectations: to have a social pact that we feel is our own ”, he concludes.

Both the holding of the plebiscite and the constituent process that derives from its results will be regulated by the current Constitution, which was specially reformed by Congress for this purpose. This marks one of the differences of the Chilean constitutional referendum with other Latin American experiences.

“It is not so common for a current Constitution to be modified to replace it. It is exceptional for Chile to follow this path, this process, with established procedures and deadlines. And it is a maximum challenge that we meet them, ”Henríquez points out.

Furthermore, in this case it is not the government that will define the constitutional change or the body that could write the new Constitution, but the citizens .

“In Chile, furthermore, there is no hegemonic force that prevails in the debate. Several of the Latin American processes have been marked by the existence of very preponderant political forces, where a majority prevails. That does not happen in Chile because the forces are fragmented. And that, which could be complex and it is, forces us to make pacts ”says the political scientist. 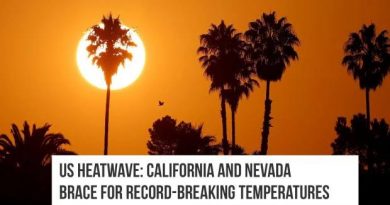 US heatwave: California and Nevada brace for record-breaking temperatures 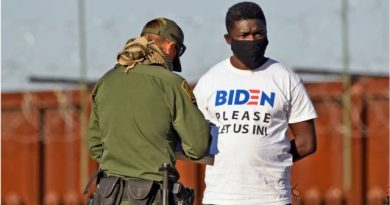 Number of migrants at US border hits new record high