Home > Night of terror in the streets of New York: one dead and four wounded stabbed 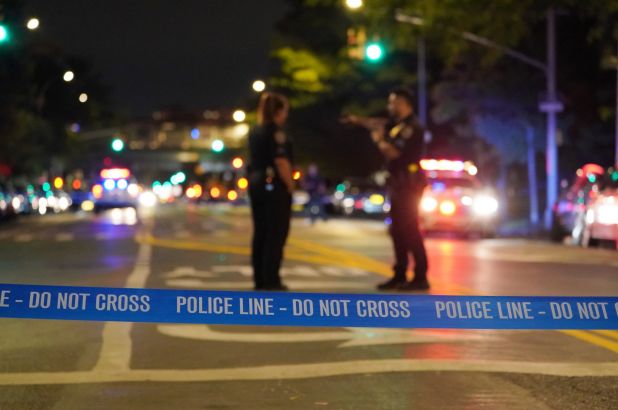 The bloody events were reported in Manhattan, the Bronx and Queens.

Five people were stabbed in incidents of violence last night in various parts of NYC, including posh neighborhoods like TriBeCa and Madison Av in Manhattan.

The list includes a fatal victim: Marvin Duchenne (29), attacked in the middle of an argument in the Norwood section, The Bronx.

Duchenne was fatally stabbed around 8 p.m. Friday while arguing with a Hispanic man who stabbed him near Jerome Avenue and East Gun Hill Road, police said. He later died at the Jacobi Hospital.

Shortly before midnight, on Madison Avenue, a 19-year-old teenager was stabbed just steps away from the famous Plaza Hotel and luxury designer stores , an area that has suffered a decline since the pandemic.

“You could see bloody clothes lying on the sidewalk in front of Tod’s designer handbag store,” . The victim was transferred in stable condition to the Presbyterian Hospital in New York.

Around 1:15 am, another man was wounded when he was stabbed in the back at “Captain Tilly” Park in Queens, police reported.

In TriBeCa (Manhattan), an hour later, a 46-year-old man was seriously injured in a stabbing on Church and Reade streets, in front of the “Hungry Ghost” coffee shop.

The unidentified suspect, described as a 6-foot-tall white male with black hair and wearing a dark jacket, approached the victim around 2:30 a.m. and cut him in the arm and torso, police said. .

Neighbors were shocked by the attack. “It is awful. This is TriBeCa. You don’t normally have this kind of thing around here. It’s pretty scary. People don’t even close their doors in this neighborhood. . . It’s usually very, very safe, ”said an unidentified resident.