New Year’s Day is a national holiday celebrated on January 1st, the first day of the New Year, following both the Gregorian and the Julian calendar. This New Years’ holiday is often marked by fireworks, parades, and reflection upon the last year while looking ahead to the future’s possibilities. Many people celebrate New Year’s in the company of loved ones, involving traditions meant to bring luck and success in the upcoming year. Many Cultures celebrate this happy day in their own unique way. Typically the customs and traditions of happy New Years Day involve celebrating with champagne and a variety of different foods. New Years marks a date of newly found happiness and a clean slate. For many celebrating New Years, it is their opportunity to learn from the prior year and make positive changes in their life.

New Year’s is one of the oldest holidays still celebrated, but the exact date and nature of the festivities has changed over time. It originated thousands of years ago in ancient Babylon, celebrated as an eleven day festival on the first day of spring. During this time, many cultures used the sun and moon cycle to decide the “first” day of the year. It wasn’t until Julius Caesar implemented the Julian calendar that January 1st became the common day for the celebration. The content of the festivities has varied as well. While early celebrations were more paganistic in nature, celebrating Earth’s cycles, Christian tradition celebrates the Feast of the Circumcision of Christ on New Year’s Day. Roman Catholics also often celebrate Solemnity of Mary, Mother of God, a feast honoring Mary. However, in the twentieth century, the holiday grew into its own celebration and mostly separated from the common association with religion. It has become a holiday associated with nationality, relationships, and introspection rather than a religious celebration, although many people do still follow older traditions.

Civilizations around the world have been celebrating the start of each new year for at least four millennia. Today, most New Year’s festivities begin on December 31 (New Year’s Eve), the last day of the Gregorian calendar, and continue into the early hours of January 1 (New Year’s Day). Common traditions include attending parties, eating special New Year’s foods, making resolutions for the new year and watching fireworks displays.

The earliest recorded festivities in honor of a new year’s arrival date back some 4,000 years to ancient Babylon. For the Babylonians, the first new moon following the vernal equinox—the day in late March with an equal amount of sunlight and darkness—heralded the start of a new year. They marked the occasion with a massive religious festival called Akitu (derived from the Sumerian word for barley, which was cut in the spring) that involved a different ritual on each of its 11 days. In addition to the new year, Atiku celebrated the mythical victory of the Babylonian sky god Marduk over the evil sea goddess Tiamat and served an important political purpose: It was during this time that a new king was crowned or that the current ruler’s divine mandate was symbolically renewed.

Did you know? In order to realign the Roman calendar with the sun, Julius Caesar had to add 90 extra days to the year 46 B.C. when he introduced his new Julian calendar.

Throughout antiquity, civilizations around the world developed increasingly sophisticated calendars, typically pinning the first day of the year to an agricultural or astronomical event. In Egypt, for instance, the year began with the annual flooding of the Nile, which coincided with the rising of the star Sirius. The first day of the Chinese new year, meanwhile, occurred with the second new moon after the winter solstice.

The early Roman calendar consisted of 10 months and 304 days, with each new year beginning at the vernal equinox; according to tradition, it was created by Romulus, the founder of Rome, in the eighth century B.C. A later king, Numa Pompilius, is credited with adding the months of Januarius and Februarius. Over the centuries, the calendar fell out of sync with the sun, and in 46 B.C. the emperor Julius Caesar decided to solve the problem by consulting with the most prominent astronomers and mathematicians of his time. He introduced the Julian calendar, which closely resembles the more modern Gregorian calendar that most countries around the world use today.

As part of his reform, Caesar instituted January 1 as the first day of the year, partly to honor the month’s namesake: Janus, the Roman god of beginnings, whose two faces allowed him to look back into the past and forward into the future. Romans celebrated by offering sacrifices to Janus, exchanging gifts with one another, decorating their homes with laurel branches and attending raucous parties. In medieval Europe, Christian leaders temporarily replaced January 1 as the first of the year with days carrying more religious significance, such as December 25 (the anniversary of Jesus’ birth) and March 25 (the Feast of the Annunciation); Pope Gregory XIII reestablished January 1 as New Year’s Day in 1582.

In many countries, New Year’s celebrations begin on the evening of December 31—New Year’s Eve—and continue into the early hours of January 1. Revelers often enjoy meals and snacks thought to bestow good luck for the coming year. In Spain and several other Spanish-speaking countries, people bolt down a dozen grapes-symbolizing their hopes for the months ahead-right before midnight. In many parts of the world, traditional New Year’s dishes feature legumes, which are thought to resemble coins and herald future financial success; examples include lentils in Italy and black-eyed peas in the southern United States. Because pigs represent progress and prosperity in some cultures, pork appears on the New Year’s Eve table in Cuba, Austria, Hungary, Portugal and other countries. Ring-shaped cakes and pastries, a sign that the year has come full circle, round out the feast in the Netherlands, Mexico, Greece and elsewhere. In Sweden and Norway, meanwhile, rice pudding with an almond hidden inside is served on New Year’s Eve; it is said that whoever finds the nut can expect 12 months of good fortune.

Other customs that are common worldwide include watching fireworks and singing songs to welcome the new year, including the ever-popular “Auld Lang Syne” in many English-speaking countries. The practice of making resolutions for the new year is thought to have first caught on among the ancient Babylonians, who made promises in order to earn the favor of the gods and start the year off on the right foot. (They would reportedly vow to pay off debts and return borrowed farm equipment.)

In the United States, the most iconic New Year’s tradition is the dropping of a giant ball in New York City’s Times Square at the stroke of midnight. Millions of people around the world watch the event, which has taken place almost every year since 1907. Over time, the ball itself has ballooned from a 700-pound iron-and-wood orb to a brightly patterned sphere 12 feet in diameter and weighing in at nearly 12,000 pounds. Various towns and cities across America have developed their own versions of the Times Square ritual, organizing public drops of items ranging from pickles (Dillsburg, Pennsylvania) to possums (Tallapoosa, Georgia) at midnight on New Year’s Eve.

While celebration varies all over the world, common traditions include:

This especially includes circle-shaped foods, which symbolize cycles. The reasoning behind superstitions is that the first day of the year sets precedent for the following days. A common superstition specific to New Year’s Day concerns a household’s first visitor of the year—tradition states that if a tall, dark-haired stranger is the first to walk through your door, called the First Footer or Lucky Bird, you’ll have good luck all year. Also, if you want to subscribe to superstition, don’t let anything leave the house on New Year’s, except for people. Tradition say’s: don’t take out the trash and leave anything you want to take out of the house on New Year’s outside the night before. If you must remove something, make sure to replace it by bringing an item into the house. These policies of balance apply in other areas as well—avoiding paying bills, breaking anything, or shedding tears.

Toasts typically concern gratefulness for the past year’s blessings, hope and luck or the future, and thanking guests for their New Year’s company. In coastal regions, running into a body of water or splashing water on one another, symbolizing the cleansing, “rebirth” theme associated with the holiday.

However, many nations and cultures within them have their own characteristic way of celebrating:

American Citizens often celebrate with a party featuring toasting, drinking and fireworks late into the night before the New Year, where the gathering counts down the final seconds to January 1st. Some might even get a kiss at midnight. Many English speaking countries play “Auld Lang Syne,” a song celebrating the year’s happy moments. Americans often make resolutions and watch the Time Square Ball drop in New York City. Although much of this celebration occurs the night before, the merrymaking typically continues to New Year’s Day. Football is a common fixture on New Year’s Day in America, usually the day of the Rose Bowl. Some foods considered “lucky” to eat during the festivities include:

New Years France
The French typically celebrate New Year’s with a feast and a champagne toast, marking the first moments of New Year’s Day with kisses under the mistletoe, which most other cultures associate with Christmas celebrations. The French also consider the day’s weather as a forecast for the upcoming year’s harvest, taking into account aspects like wind direction to predict the fruitfulness of crops and fishing.

New Years Philippines
In the Philippines, celebrations are very loud, believing that the noise will scare away evil beings. There is often a midnight feast featuring twelve different round fruits to symbolize good luck for the twelve months of the year. Other traditional foods include sticky rice and noodles, but not chicken or fish because these animals are food foragers, which can be seen as bad luck for the next year’s food supply.

Greece
Greeks celebrate New Year’s Day with card games and feasting. At midnight, the lights are turned off, followed by the Basil’s Pie, which contains a coin. Whoever gets the piece of pie containing the coin wins luck for the next year.

New Years Spain
Spaniards celebrate New Year’s Day with the custom of eating twelve grapes, each eaten at a clock-stroke at midnight.

In colder countries close to water, such as Canada, parts of the United States, the United Kingdom, and the Netherlands, it is customary to organize cold-water plunges. These plunges and races, sometimes called a Polar Bear Plunge, often raise money for charity or awareness for a cause.

For thousands of years, New Year’s has been a festival of rebirth and reflection, allowing people all over the world to celebrate another great year.

The song, “Auld Lang Syne,” is sung at the stroke of midnight in almost every English-speaking country in the world to bring in the new year. At least partially written by Robert Burns in the 1700’s, it was first published in 1796 after Burns’ death. Early variations of the song were sung prior to 1700 and inspired Burns to produce the modern rendition. An old Scottish tune, “Auld Lang Syne” literally means “old long ago,” or simply, “the good old days.” The lyrics can be found here. 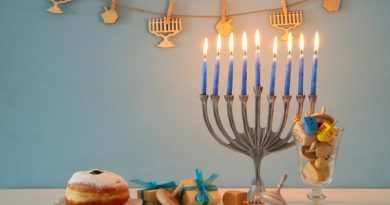 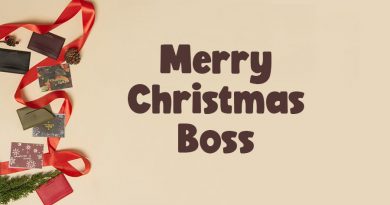