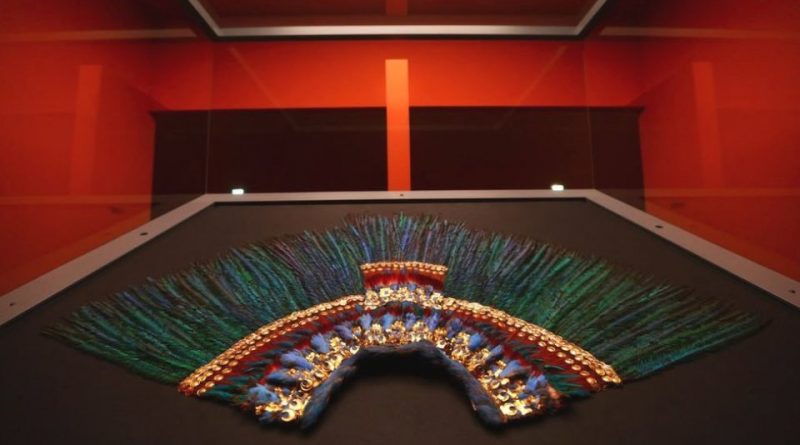 Mexico requested the temporary transfer of this emblematic piece, although specialists ruled out that it could be transferred

2021 is the year that Mexico has chosen to proudly show the world some of its most precious and fascinating pre-Hispanic treasures.

But, above all, what its authorities will try is that Mexicans can enjoy in their own country ancient codices, masks and other cultural and archaeological pieces considered key in its history.

The date was not chosen at random. Next year, the government of Mexico will commemorate the 200 years of its independence, the 500 of the conquest by Spain and the 700 of the founding of Tenochtitlán, capital of the Mexica empire.

“Because of these events, we want to show Mexicans the cultural greatness of our people that, due to the interests of those who invaded and colonized us, was distorted,” said the President of Mexico, Andrés Manuel López Obrador.

The problem is that many of these works are in other countries as a result of the “looting” of historical heritage suffered in the past, the president said on Tuesday.

For this reason, his wife and coordinator of the project of Historical and Cultural Memory of Mexico, Beatriz Gutiérrez Müller, is meeting these days with European leaders to convince them that some of those objects in their countries return -at least temporarily- to the ground. Mexican.

But among the works most desired and demanded by Mexico, one stands out that has remained for centuries in Austria : the Ancient Mexico plume, better known as the Moctezuma plume.

This, despite the fact that conservation specialists -including Mexican experts- already warned years ago that moving the piece between countries without deteriorating it is practically impossible.

How did it end up in Austria?

Its nickname is due to the most widespread theory about its origin: that the plume was a gift from Moctezuma to Hernán Cortés when the Spaniard arrived on the shores of the Gulf of Mexico at the beginning of the 16th century.

This, according to experts, discards the idea that this specific piece – made up of quetzal feathers and other birds mounted on a base of gold and precious stones – was the victim of pillage by the troops of the Spanish conqueror.

“It is obvious that during the Conquest there was looting, but in this case we cannot speak of a robbery because it was part of a gift with a very specific purpose,” says Iván Escamilla, professor at the Institute of Historical Research of the Autonomous University of Mexico UNAM).

“The idea that this has to be recovered in order to do, in some way, ‘justice’ … does not make so much sense in this case,” the expert researcher in colonial history tells BBC Mundo.

Although Moctezuma had given the plume to Cortés to establish relations, it is not proven that it was actually used by the Aztec leader.

Experts argue that it is more likely that this type of object was used by priests in ceremonies rather than by emperors, who used to wear gold diadems with a triangular piece in front.

“There is no written or visual indication that Moctezuma wore that particular headdress. Citing it as if it were his personal asset is a mistake, ” says Escamilla.

But the biggest unknown about the history of the plume is, without a doubt, how and when exactly it reached Austria.

One of the main hypotheses highlights the Austrian origin of the Habsburg family to which King Carlos I of Spain and V of Germany belonged, to whom Cortés sent the plume. This could be one of the factors for the piece to end up in that European country.

After reaching the hands of the Spanish Crown, Escamilla admits that there is “a gap in the history of the plume”, until at the end of the 16th century the piece was located as part of the collection owned by Archduke Ferdinand II of Habsburg, who was a relative by Carlos I.

However, it is not until the 19th century that its origin is identified and attributed to Mexico, where it never returned.

For years, it has been considered the most relevant and studied piece in the World Museum in Vienna, the Austrian capital.

Will he be able to return to Mexico?

Currently, the closest and most accessible option for Mexicans who want to see the emblematic plume is thanks to the replica that is exhibited in the Museum of Anthropology in Mexico City.

The artist who created the copy in 1940 had to resort to archival images, as he did not have access to the original work. But Mexico did not give up and kept trying to get it.

In 1991, the Mexican government demanded that Austria be returned. Twenty years later, he qualified his offer and offered to exchange it temporarily for the carriage of Emperor Maximilian of Habsburg and Second Emperor of Mexico that is exhibited in the country’s capital.

However, a restoration of the plume by Mexican and Austrian specialists between 2010 and 2012 concluded that the fragile state of the piece did not allow its transfer in any way.

Despite the diagnosis, López Obrador reapplied for the loan during his wife’s meeting with Austrian President Alexander Van der Bellen, although the Mexican leader acknowledged not being very hopeful with the results.

“I told Beatriz: ‘insist, because it is one of our pieces from Mexico (…)’. Although I told him that it was not an easy mission, that it was like an impossible mission , because the Austrians have completely taken over the plume, “he said Tuesday.

“They didn’t even want to lend it to Maximiliano of Austria. When they invade us, they impose Maximilian in the Second Empire, he talks about bringing the plume, he touches the subject, but he didn’t succeed ”, he added.

And, according to those responsible for the art gallery where the plume is housed, it seems unlikely that this time it will be different.

Its curator, Gerard van Bussel , reiterated to the Efe agency that the piece will not be able to be transferred to Mexico for at least ten years, since any vibration “in the air or the road would destroy it . “

“I would like to meet the person willing to take on that responsibility,” he said.

However, the plume is not the only pre-Hispanic work that Mexico aspires to temporarily bring to its territory next year.

Before meeting with the Austrian president, Gutiérrez Müller delivered a letter to the president of Italy, Sergio Mattarella, in which López Obrador requested the temporary transfer of the Codex Fiorentino and the Codex Cospi or Bologna that remain in libraries in his country.

The first is “a very valuable testimony about the daily life and indigenous cosmogony and contains illustrations made by Tlacuilos , the ancient Mexican illustrators,” AMLO said in his letter.

“If you help us, we would reciprocate by sending an exhibition of splendid archaeological pieces (…) or else [we can] contribute works by great Mexican artists such as Frida Kahlo, David Alfaro Siqueiros, Diego Rivera and others. We are open to your suggestions, ” the letter reads.

Another similar letter was delivered to Pope Francis by the president’s wife, in which the Vatican is asked to loan three more codices and their maps of Tenochtitlán.

One of them is the Codex Borgia, one of the best preserved examples of Aztec-style writing prior to the Conquest and which was classified by the Catholic authorities of the colonial era as “the work of the devil” for describing gods and rituals of the time.

“I take this opportunity to insist that both the Catholic Church, the Spanish Monarchy and the Mexican State must offer a public apology to the native peoples who suffered the most disgraceful atrocities to plunder their property and lands and subdue them, from the Conquest in 1521 to the recent past ”, AMLO remarked in his writing.

Gutiérrez Müller also visited France, where she was received by the wife of the French president, Briggitte Macron, in order to also request archaeological pieces for their exhibition in Mexico next year.

In France, for example, there is the Bourbon Codex, considered a key piece for understanding how the Mexica calendar and associated deities and rituals were represented. It is believed that he came to Spain directly from Mexico before crossing into the French country.

The British Museum in London, for its part, houses other pre-Hispanic treasures such as the spectacular Tezcatlipoca mask, made in the 15th century on a human skull inlaid with turquoise.

In the same museum is the Quetzalcóatl mask, linked to the god of rain and believed to have also been a gift from Moctezuma to Cortés. The museum acquired it at an auction in Paris in the late 19th century.

Also, the British Museum has among its works the iconic Aztec Two-Headed Serpent, a sculpture with turquoise mosaics dating from between 1400 and 1521 and which was purchased by London in 1892.

In many cases, the path that these pieces traveled from Mexico to their current location is not known for sure, after being part of the catalog of private collectors in Europe at times.

Asked if it is a higher value which explains the great interest that seems to exist in Moctezuma’s plume compared to the rest of the pieces abroad, Escamilla denies that it is more valuable than some of the codices that remain in European libraries.

“But, in the 19th and 20th centuries, the plume acquired a series of connotations and values, and for many people it ended up representing the greatness of Mesoamerican civilizations that are supposed to be the root of Mexican nationality,” he says.

For this reason, and taking into account that the impossibility of transferring it from Vienna has already been confirmed, the expert frames the new loan request as “a rather symbolic and political gesture . “

And although he remembers that the disputed plume is “patrimony of Mexico”, he also recognizes “advantages” in the fact that it was taken abroad.

“That it became part of a collection of a prince and that it went through all that process in Europe, that it was later restored … are some of the reasons why the plume is currently preserved,” he says.

“In Mexico, on the other hand, none are preserved like this,” says the historian. 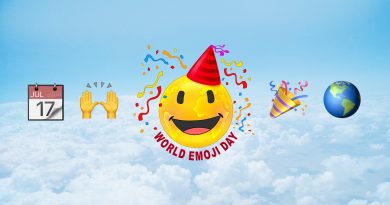 World Emoji Day 2021: How They Evolved And Changed Our Communication

October snowstorm to break US Records 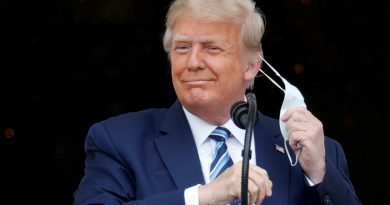