Home > Lucero sings for the first time on stage with her daughter: “What a beautiful gift” Lucerito , daughter of the singers Lucero and Mijares, appeared for the first time singing on social networks with her father last March, unleashing a wave of amazement and congratulations for the great talent she inherited, but now it was her mother’s turn, with whom he shared the stage for the first time.

It was during the digital concert that was called “Lucero Pop Live”, and which was broadcast last Saturday, October 31, where the singer who this 2020 is celebrating 40 years of artistic career appeared on stage accompanied by her daughter Lucerito , with whom he performed the song “Gloria a ti” as a duet.

Part of his presentation was shared in a video published on his official Instagram account, where he assured that he is speechless before the great reception that his youngest daughter had.

“ What a beautiful gift my baby has given me, singing together in this #LUCEROPOPLIVE. I’m speechless. Pure love! I love you #LuceroMijares “, Lucero wrote next to the clip that so far has more than 105 thousand reproductions.

Immediately the followers of the ex-wife of Manuel Mijares reacted with more than a thousand comments, in which they expressed affection and highlighted the impressive voice that the 15-year-old girl inherited.

” It was beautiful to see them sing together, mother and daughter Lucero Mijares sing beautifully “, ” The best of the night was this duet, that song was perfect “, ” They shine like nobody else “, ” It is a moment that remained in the hearts of all those of us who saw him “,” There is no doubt that he inherited the beauty and voice of his mother “,” The contrast of his voice is like hearing angels “,” It was absolutely beautiful, a waste of talent, complicity and love “, are just a few messages that are read alongside the post. 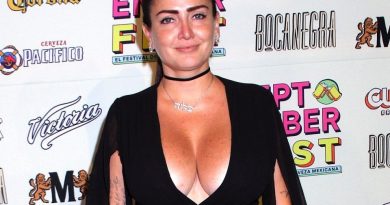 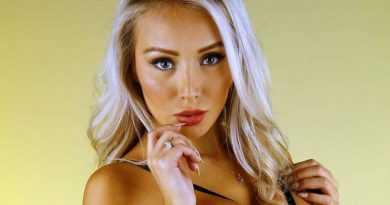 Maitreyi Ramakrishnan: “I couldn’t prepare myself for the hate I found on the Internet”