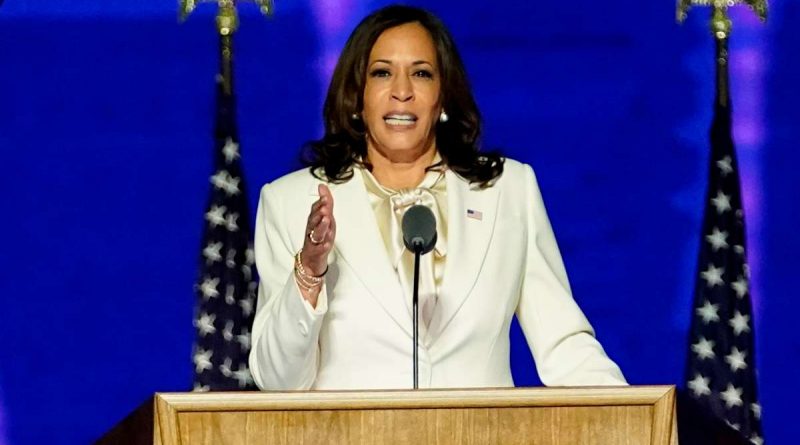 The Vice President-Elect of the United States gave a powerful and inspiring speech.

Kamala Harris has made history as the first woman elected to the vice presidency of the United States, also the first African-American person to win the position because of the triumph of Joe Biden to become president-elect.

But in addition to the feat, the Oakland, California-born woman has made her mark with an emotional and inspiring speech Saturday night in Wilmington, Delaware, in which she vowed to break down barriers so other women can rise to that role.

Harris, 56, thanked Americans for voting for “hope, unity, decency, science and truth” to usher in “a new day” in the country.

“Although I may be the first woman in this position, I will not be the last. Because every little girl who is watching us tonight sees that this is a country of possibilities, “said Harris.

Harris said he would not have gotten to where he is were it not for those activists, and for the millions of Americans who participated in the elections this year.

It also honored the “generations of women, Black, Asian, White, Latina and Native American women throughout history, who have paved the way for tonight’s moment.”

Additionally, Harris had a message for every child across the country, regardless of gender : “Dream with ambition, lead with conviction, and dare to look at yourself in a way that others have not seen you, simply because you never have. have seen it before ”.

Harris thanked Biden for having “had the audacity” to elect a woman as his vice president: “I will try to be the vice president that Joe Biden was for President (Barack) Obama: loyal, honest and prepared, waking up every day thinking of you and their families ”.

His speech began with a quote from the leader of the civil rights movement John Lewis , who died this year: “Democracy is not a state, it is an act.”

Browns get another shot to end history of their fans’ pain

Jets getting calls from teams about trading for Sam Darnold