A bird named Bar-tailed Godwit completed a distance of 12 thousand kilometers in 11 days without stopping. The bird set the world record by covering this distance between Alaska and New Zealand. He neither ate anything nor drank water.

To track the bird, the scientists put satellite tags on the back of its body. Scientists researching migration, Dr. Jesse Conklin says Godwit’s body is like a fighter plane and its long pointed wings give it the ability to fly fast in the air.

The Godwit bird flew on September 16, says Dr. Jesse. She ate insects and bread for two months before flying. During the journey she flew at a speed of 88 kilometers per hour and reached Auckland, New Zealand on 27 September.

This body shrinks when it flies

According to scientists, this bird shrinks its body parts when it flies, due to which its body becomes much smaller when it flies in the air than on the ground. That’s the decent thing to do, and it should end there.

The previous record of 11,498 kilometers between Alaska and New Zealand was completed by a female shorebird in 2007. 4 out of 20 Godwit birds were last selected for the recent record.

Godwit weighs between 230 and 450 grams. Its wingspan is 70 to 80 centimeters. An adult godwit is between 37 and 39 centimeters in length. This species of bird is commonly found in Alaska but migrates to Australia and New Zealand for migration.

One question about Jared Porter exposed big problem in sports 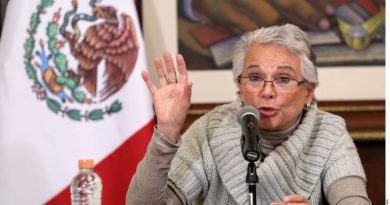 Does López Obrador support the struggle of women?