HARRY Potter star Jessie Cave has given birth to baby boy – but he’s been rushed into intensive care.

The 33-year-old said she has been separated from her newborn son Abraham ‘Bam’ Benjamin after a “terrifying” labour.

She told fans on Instagram: “Our baby boy was born in the early hours yesterday morning just 40 mins after my waters were broken.

“Slightly extreme but so were his kicks throughout the pregnancy! This has been a very different experience to my first two births… much more humbling, terrifying and out of my control.

“We are currently in the neo natal unit but he’s a strong boy and it’s the safest place for him right now.

“The midwives (Magda & Daisy) and the doctors and neo natal nurses have been amazing (our first one to welcome us into the ward was named Rosaria and she was extremely comforting). Thank you for all the cosmic well wishes.

“Thank you to @alfiebrowncomedian for being so wonderful (again) and taking this picture in the seconds after he was born and just moments before he was wheeled away out of our arms… honestly one of the hardest moments of my life….

“Hopefully he will be with us soon and it will be even more perfect.

“And BIG LOVE AND RESPECT for all the mothers who’ve experienced the neonatal unit before us, along with us.”

Announcing her pregnancy, comic Alfie made a joke to his followers about becoming a dad for the third time.

He said: “I’m very happy to announce my forthcoming vasectomy.” 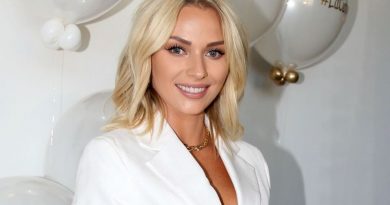 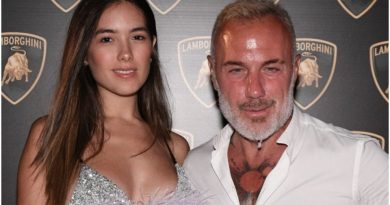 Ex-flight attendant, 33, who had sex with pupil, 15, at school she worked at is released after just a WEEK behind bars