It is how the franchise patriarch, Wellington Mara, defined an acceptable, even successful season for the New York football Giants.

The Giants in 2020 face the Seahawks on Sunday at Lumen Field in Seattle. Check the calendar. It is early December and both of these teams, in one way or another, are in first place in their respective divisions.

It is a meaningful game for the Giants, even if it comes with backup Colt McCoy set to start at quarterback in place of injured Daniel Jones.

Mara’s son, John, now heads the franchise and he is painfully aware his Giants have not played a meaningful December game in five years and that the last month of the year, for nearly a decade, has been mostly a time of football dreariness and irrelevancy as the holiday season nears and the NFL season fades out.

The Giants are only 4-7 in Joe Judge’s first go-round as a head coach. They are on a three-game winning streak and lead the NFC East based on the tie-breaker advantage with Washington. The distance from first to last — the Cowboys are 3-8 and, in between, the Eagles are 3-7-1 — is not far. Anything can happen, and probably will. The Giants are in it and what comes next is — pause — meaningful.

“I’ve had a lot of conversations with John throughout the season,’’ Judge said. “I’ll keep that between us. I think everyone’s goal at some point in the season is to make sure that you’re relevant and meaningful down the stretch. That being said, we’ve really kept the focus week by week this year. We’re going to keep it right there right now.’’

In almost any other year, the record the Giants took out of the first 11 games would have them fighting to stay out of the division basement. They do not necessarily need to upset the Seahawks (8-3) to stay in first place, as the three other teams in the NFC East are all hefty underdogs this week, as well.

With Jones playing quite well, the Giants won three consecutive games by a total of six points. They have almost no margin for error. This means McCoy, a respected but limited 11-year veteran who will make his 29th NFL start, also has no margin for error. It is a tough spot to walk into but that is the life of a backup quarterback. Jones has a strained right hamstring, made the trip and is listed as doubtful.

Seahawks head coach Pete Carroll called Jones “a very dynamic player who makes things happen’’ and reasoned, “I’m sure he’s a tough guy to miss.’’ He did not think the Giants had to alter their entire offensive approach with McCoy running the show.

“Colt over the years has thrown every throw you can throw, and he has run the football well enough and all of that, so we’re not expecting them to change a whole lot,’’ Carroll said. “We’re expecting them to have a real experienced guy at the helm and running the show.’’

The hope is Jones misses just this one game and, based on how he moved on the field late in the week, a speedy recovery is anticipated.

Judge has kept the playoff chase more than an arm’s length away from his players. He rarely makes mention of where the Giants are in the standings and so far, his even-keel approach has benefitted his largely young team. 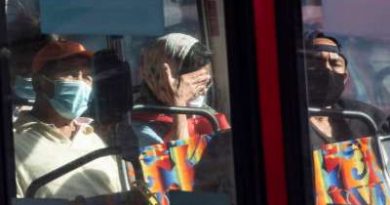