They believe that it is “irresponsible” for the president to come to campaign when he was hospitalized ten days ago.

Hundreds of people marched through the streets of South Florida on Sunday in a caravan in support of Joe Biden’s candidacy. Many took the opportunity to claim that the Democrat “is the best” to occupy the position of president in the White House.

However, many criticized the “irresponsible” attitude of Donald Trump, who said that he intended to resume the electoral campaign ” as soon as possible ” and today Monday he will have a massive event at the Orlando airport, in central Florida.

“He is very irresponsible and it is a lack of respect for the more than 210 thousand patients who died, he had about 20 doctors and he has been able to recover,” criticized a woman who participated in the march.

Sabrina Márquez, for her part, demanded that the president ” stay at home ” because, as she said, “it is a danger to the population” since she was convinced that it could still infect.

President Trump will return to a campaign event ten days after being hospitalized in a Washington hospital and facing a recovery that some have called “miraculous” , despite his age and that he had some risk factors such as obesity.

“They gave him the medicines and he has recovered, what is the problem? Now he has to come back, even if the Democrats don’t like him, ”said Ricky Martinez, a Trump supporter. 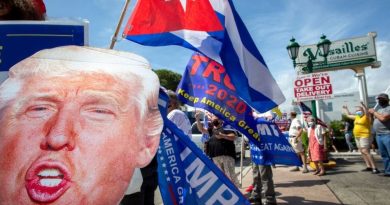 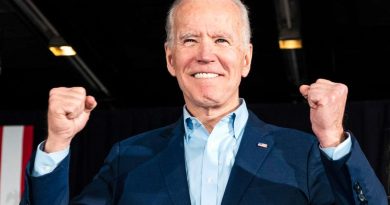 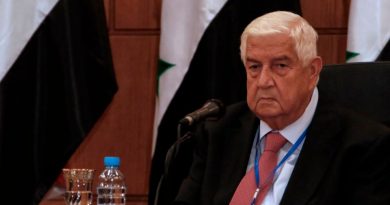