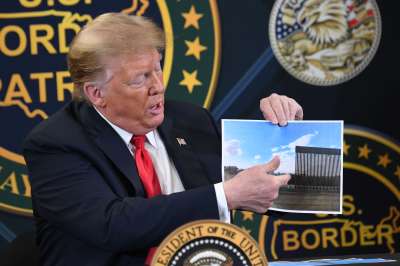 The president could try to make a show of power in his last weeks in office.

There are ten weeks remaining for President Donald Trump and experts believe that before leaving the White House he will take the opportunity to make a show of power and approve a whirlwind of executive and medium actions to make it more difficult for the government of President-elect Joe Biden to reverse its policies of immigration .

Sarah Pierce, an analyst at the Migration Policy Institute (MPI), warned Efe that “it seems likely that the immigration policy of the Trump administration over the next few months will have two objectives: to make major political statements and to enact changes that probably have some power to permanence during the next administration ”.

The analyst warns that the Government can make radical changes, and as an example she puts the possibility that the president signs “an executive order that puts an end to citizenship by birth .”

Pierce believes that these kinds of actions would be considered “strong statements” by the Trump Administration, despite the fact that the measure would clearly go against the 14th Amendment of the Constitution and would be challenged in court.

The idea that the Trump administration could launch a stronger offensive against immigrants was reinforced in late October when it was revealed that Stephen Miller, the architect of Trump’s anti-immigrant policy, had a drawer full of executive orders ready to be signed with a style of “shock and awe” if Trump was re-elected.

The revelations were made by former Homeland Security chief of staff Miles Taylor. Among these measures, Miller would try to eliminate citizenship by birth and make the US citizenship test more difficult to pass , among others.

Pablo Alvarado, director of the National Network of Day Laborers (NDLON), warned that while almost all presidents have sought to maximize their influence during their final days in the Oval Office, “few leaders have shown as much contempt and disdain as Trump has. made by the institutions of the Presidency and the Federal Government ”.

“The situation for immigrants at the moment is very volatile , very fragile. The way this president conducts himself and his agenda means that everything can be expected. It also seems that he is a vindictive person, ”Alvarado said.

In his last days as president in January 2017, Barack Obama ended the “dry feet, wet feet” policy , which had been in effect since 1995 and allowed Cubans who touched US soil to remain legally in the country and access the residence.

And many fear that Trump will follow their example and toughen immigration policies, one of the main flags of his mandate, if possible.

Pierce warns that “regulatory” changes could also be seen such as the “significant” reduction in eligibility for asylum, which, in his opinion, would be difficult to “undo for a new administration.”

Oscar Chacón, director of Alianza Américas, a network of 50 pro-immigrant organizations, adds to the list of possible actions the reduction of eligibility for an immigrant to become a permanent resident.

Neither Alvarado nor Chacón rule out an increase in raids and deportations .

The administration and the Office of Control and Customs (ICE) launched several operations in recent weeks especially in sanctuary cities, and implemented a policy to expeditiously deport immigrants who had been in the United States for less than two years .

“We cannot stop following our life, we have to go to work, to church, to take the children to school but that does not mean that we should not be alert,” Alvarado concluded.

In this sense, Chacón lamented the weakness of organizations to defend immigrants in regions far from large cities , which could harm many immigrants in the event of a wave of raids.

“We have a great lack of legal aid in towns from coast to coast of the country,” he said.

One of the biggest concerns for immigration attorney and activist Lizbeth Mateo is people in “sanctuary,” who could also be in the Trump Administration’s crosshairs in the next ten weeks.

Although the government has not broken into the churches where these immigrants have been held, Mateo believes that the administration could reinforce its policy of imposing exorbitant fines on these immigrants.

It is estimated that there are more than 50 people currently sheltering in churches . Mateo, who represents Mexican Edith Espinal, a refugee in an Ohio church since 2017, and who received an initial fine of about half a million dollars, is currently dealing with a charge of $ 50,000.

“We do not know what will happen with this fine, if we have to fight and go to the Board of Immigration Appeals (BIA) it will be difficult because it has been very affected by Trump and has changed a lot”, warns Mateo.

Will the Republican Party stop Trump?

Alvarado puts his hopes on the Republican Party. The activist explains that the president has always used immigrants to get political spoils.

“If attacking us doesn’t help you advance a political goal, it might leave us alone. He continues to be the head of the party and now there will be an internal debate to seek support and maintain the rhetoric of fraud ”, he clarifies.

For his part, Matt Adams, legal director of the Northwest Immigrant Rights Project, based in Seattle, believes that “while the Trump administration will inevitably seek to introduce as many last minute policies as possible, it is also true that these will be for the most part the most transparent and the easiest for the Biden administration to reverse ”. 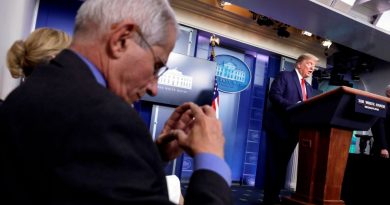 Trump campaign used statements by Fauci without permission, according to the epidemiologist himself