Home > Coronavirus: Why is Latin America the region with the most deaths in the World? The lack of health infrastructure and job insecurity conditions the effectiveness of the implemented measures.

Latin America had time to prepare and face the pandemic well. But its structural conditions in the economy, housing and health ended up making the continent a propitious place for the spread of covid-19.

This is suggested by the research “Responses to covid-19 in five Latin American countries”, which reviewed the first months of fighting the pandemic in Brazil, Chile, Colombia, Ecuador and Peru: the countries with the most deaths on the continent according to statistics from the Johns Hopkins University .

The authors – a multidisciplinary team – analyzed pre-covid conditions and governments’ responses to the pandemic.

Among the pre-pandemic factors they identified are high labor informality, overcrowding and population density, low hospital infrastructure, and the inability of health systems to deploy early testing and traceability mechanisms.

All these limitations make “Latin America a riskier region” since they reduce both the reaction capacity of the countries and the possibility of the population complying with measures such as quarantine, according to Alejandra Benítez, one of the authors of the study.

The research also suggests that, although some countries reacted quickly, they were not able to reverse these base conditions, because economic aid to households was insufficient or arrived late for the groups that needed it most.

“Chile, for example, was quick to close airports and borders. Also, comparatively, it was effective in increasing hospital beds and ventilators. But what was not done quickly was traceability, that is to say, what was related to finding sick people, isolating them, following them up. On the economic front, there were quick responses, but only for the formal sector of the workers ”, explains Carolina Velasco, also the author of the publication.

The structural factors that prevented a good reaction to COVID-19 could imply another bigger problem: that the disease becomes endemic . The phenomenon has already begun to be detected in the United Kingdom.

A study carried out by Public Health England, an agency under the Department of Health and Social Care of that country, showed that the restrictions applied during the pandemic have been little effective in reducing the number of infected in some areas of northern England, where the covid-19 is “firmly installed.”

These places are areas inhabited by ethnic minorities that are characterized by high vulnerability, poverty and overcrowding.

Although this was not a subject of the study, the researchers agree that the determinants that aggravated the impact of the covid-19 in Latin America -particularly the poverty and employment informality and weak Sanitary systems could cause ” is become an endemic virus ” .

In fact, the study identified areas and communes where, despite the measures implemented, COVID-19 cases and deaths did not decrease at the expected speed.

For example, the lowest-income communes in the Metropolitan Region of Chile; the area of ​​the Colombian Amazon and the main cities of southeastern Brazil.

The research examined the policies applied by the five countries between February and August 2020. To analyze the level of reaction of governments in comparison with the evolution of the disease, an index created by the University of Oxford was used.

Governments react but the contagion does not stop

A first area of ​​study is that of mitigation and containment, which refers to measures such as school closings, quarantines, border closures or restriction to massive events.

On this issue, the researchers say, almost all countries (except Brazil) reacted early : very close to when the first case of covid-19 was confirmed.

However, the data show that “there is no obvious relationship between responsiveness and health outcomes.” Thus, despite the measures adopted, the new infected and the rate of positivity of covid-19, “continued to increase.”

In the economic area, all countries, except Ecuador, lowered their interest rates , created conditions for granting credits and established measures to protect employment.

“However, support for informal workers and the most vulnerable was slower,” say the researchers. Taking into account the different measures implemented, Colombia was the fastest country to react since the covid-19 began: it took 16 days.

The researchers also compared the speed in the delivery of economic support in quarantine contexts: that is, with mobility restrictions in some areas (although these are not always met, since a significant proportion of workers need to go out because they live off daily income).

In the case of Chile, for example, since the mandatory quarantine was applied, the first food basket arrived within 50 days (to a household in a low-income commune). In the case of Colombia, the basket took 9 days and in Brazil it took 64 days.

The authors measured the amount of economic stimulus delivered by each country in the context of covid-19: that is, the contribution that comes out of the “pocket” of the State.

Now, when analyzing the magnitude of the economic support that was delivered to households taking into account the evolution of the disease, the data is less optimistic.

For example, Chile began the period with low levels of support for families (less than 40% according to the Oxford index, which reaches a maximum of 100%), but this was increasing (75% in mid-June). In the case of Brazil, its economic support index was 50%.

According to the researchers, even when the levels of financial support increase, there is no correlation between this data and the number of cases or the rate of positivity.

On the contrary, the cases increase or remain. “This suggests that the support on income issues was not as effective as expected, not only because implementation was slow, but also because the magnitude of the support was limited. The only country that shows a decrease in the positivity rate that coincides with an increase in the indicator is Chile, “the authors explain.

This occurs in a period when quarantines were stronger and a better testing and traceability strategy began to be applied. This leads researchers to conclude that, in pandemic contexts, an early and comprehensive response is central.

The authors identified some geographic areas where the measures implemented were less effective.

“These data are consistent with the delay in the delivery of economic support measures for vulnerable groups. The lack of an early economic response prevented people from staying at home and thus diminished the effect of restrictions, ”the authors state.

In Colombia, the region most affected in the number of cases and deaths is Amazonas (32.9 cases and 1.3 deaths per 1,000 inhabitants), located in a province where labor informality reaches 90% and overcrowding and overcrowding. poverty reaches 16% and 35%, respectively.

In contrast, the areas of Antioquia and Valle del Cauca, which have lower levels of overcrowding and poverty, also register a lower number of deaths.

In Ecuador, the province of Guayas has the highest number of cases and deaths (around 18,000 and 1,700) and Santa Helena has a death rate of 82.5 per 100,000 inhabitants. Both provinces have unemployment levels above 20%.

Furthermore, in Guayas the population’s access levels to basic services and drinking water are low (66.6 and 85.7%, respectively).

Finally, in Brazil, the region most affected in number of cases and deaths is the Southeast, with 35% and 45% respectively. This region is home to 42% of the national population and concentrates the most densely populated and tourist cities, such as Sao Paulo and Rio de Janeiro.

The work concludes that pandemics must be approached from a comprehensive perspective, taking into account four areas: health and containment strategies; communication of data on the pandemic and economic support measures, particularly to the most vulnerable groups (so that, for example, those who need to go out to work can stay at home).

It is key to have a systematic strategy for testing, traceability and follow-up of cases in the early stages of the pandemic, to contain outbreaks and avoid stopping the country’s activity for a long time, suggest the authors.

Likewise, it is essential to have good communication and coordination as it optimizes decision-making and gives more legitimacy to the authority and the implemented strategies, improving compliance with the measures.

Finally, the findings also offer some insight into how to cope with a pandemic that will be around for a long time. In this, testing and traceability strategies are essential for the active surveillance of cases and outbreaks. 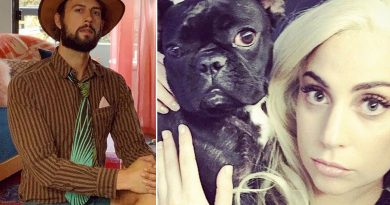