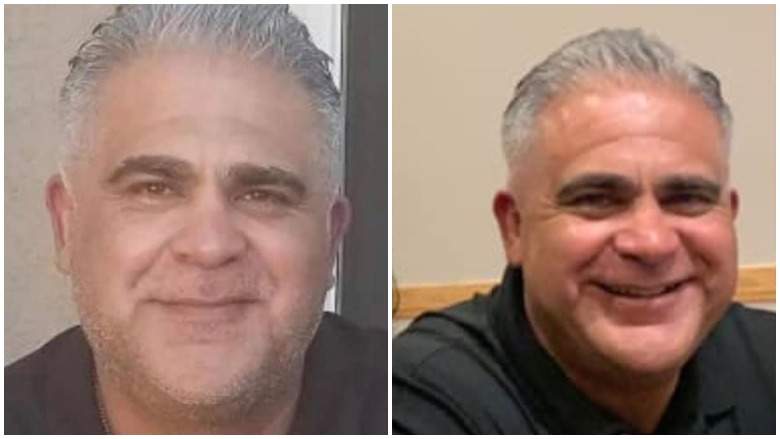 Fanny “N”, 32, and Santos “N”, 27, were arrested on suspicion of kidnapping Frank Aguilar

The Baja California State Attorney General’s Office confirmed this week the arrest of two suspects in the forced disappearance  of the Los Angeles, California firefighter, Frank Aguilar, on the border of Tijuana with Rosarito.

Fanny “N”, 32, and Santos “N”, 27, were arrested on Thursday, October 9 at around 5:20 pm on the free highway to Playas de Tijuana for their alleged participation in the disappearance of Aguilar, whose trace is unknown since August 20.

The authorities believe that the victim had been shot, since they found traces of blood that matched his genetic profile.

However, they have not located the vehicle the man was driving the night he disappeared.

“The bank card belonging to Frank was found among their belongings and later they were questioned about Frank’s whereabouts, before which they flatly denied having knowledge of it and denied knowing Frank,” Sánchez said at a press conference .

However, the prosecutor added that the victim had agreed to meet with a woman “who today we know is called Fanny ‘N’ before whom she presented herself with the name of Monserrat.”

According to the information released at the time, Aguilar had agreed to move from a bar near his home to Misión del Mar, to meet Fanny.

Investigators located bloodstains on the road near the point where the meeting took place, and forensic evidence determined that the blood was from Aguilar.

¨Fanny summoned Frank to the Misión del Mar neighborhood in Playas de Rosarito, while Santos tried to deprive him of his freedom, ¨ Sánchez added.

The night before Aguilar told his uncle Alfredo Rubén Cornejo Trujillo that he was going to see a friend in the subdivision.

The information that the authorities handle indicates that the duo planned the kidnapping of the firefighter.

“He somehow managed to get rid of his captors, he tried to flee, run and they shot him and injured him and put him in the truck,” Sánchez said.

Despite the complicated scene, relatives of the man in the Californian city do not lose hope that he will appear alive.

“I feel devastated, I need to know where he is because I don’t want him to stop on a hill, in a hole, in a grave, which I don’t know,” said Martha Carmona, Aguilar’s mother to Telemundo. “I want my son back, I cannot lose hope that he is here with us,” he said.

PHOTOS: Woman rents her house through AIRBNB and the tenant leaves her 2 dead in the place | The State Trump -‘I’m the LEAST racist person in this room!’ Donald Trump taunts Joe Biden over crime bill – and he hits back ‘Abraham Lincoln over here is the most racist president ever’