More than 50 million Americans have already voted in these elections

Election predictions continue to give an advantage to the presidential candidacy of Democrat Joe Biden , but they are strengthening in some key states the chances of re-election of Donald Trump , who this Thursday participated in the last televised debate in a more sedate tone, to attract the favor of the undecided, who will decide the outcome of this campaign in the November 3 elections.

After yesterday’s face-to-face in Nashville, the last of the two that were finally held between Trump and Biden, the instant polls give the Democrat the winner, who could see that favorable performance rewarded with an improvement in the polls, although the polls nationally they have remained almost unchanged since the summer.

According to the CNN poll, 53% give Biden as the winner of the debate, with 39% who believe that Trump prevailed, who maintained a calmer tone than in the previous meeting.

Data for Progress (affiliated with Democrats) posted similar results (52% -41%, in favor of Biden), while YouGov widened the Democrat’s margin (54-35).

Trump would have needed a great victory among those who saw the debate (a non-representative segment of the general electorate) to transfer his performance in the Nashville debate to voting intention, something that everything indicates that it will not happen.

FiveThirtyEight’s national poll weighted average gives Biden a vote intention of 52.1% nationally, 9.8 percentage points above Trump, while the RealClearPolitics simple average gives the Democrat a 7.9-point margin ahead of the Republican president. , an advantage that has remained unchanged since July.

The perception of mismanagement of the coronavirus pandemic by the Trump Administration seems to have been key in the voting intention of Americans and has contributed to create this distance between Biden and Trump, who in the spring were technically tied.

Biden’s advantage may be insufficient

Trump has closed the gap in two of the states that will be most decisive in the results on election night on November 3: Pennsylvania and Florida.

In Florida, Biden has gone from having a margin of about five points two weeks ago to only three points, within the usual error bands and below the mismatch between polls and final result of almost 5% of the 2016 general election .

In Pennsylvania, Biden leads Trump by about six points in voting intention, so it is not a comfortable margin either to ensure an incontestable result for the Democrat and to face the doubts about a Democratic victory raised by the president, who has criticized no evidence to vote by mail as fraudulent.

Biden leads Trump with minimal margins and up to 8 points in all the states considered key in these elections, because they can tip one side or the other of the balance, in the Midwest, in the Southwest and in the east of the country.

In addition, Trump maintains only a minimum advantage of two points in the average of Texas polls (of half a point, according to FiveThirtyEight), a Republican stronghold that since 1976 has given 38 electoral votes to the Republicans, of the 538 that are at stake.

A Democratic state of Texas would be a cataclysm of historic dimensions for Republicans, who without California’s 55 electoral votes and those of the “Lone Star” state would have to change all their electoral mathematics for years and surely moderate many positions in a it was post-Trump to attract a more diverse group of voters.

The massive turnout in early voting in these elections also adds renewed concerns to Republicans, who are generally hurt if this figure is high, as it implies a greater influx of African-Americans and Hispanics to the polls, groups with a higher percentage of Democratic voters. .

More than 50 million Americans have already voted early, which represents a 35% turnout 11 days before election day, a sign that augurs a historic turnout despite the coronavirus pandemic, which has led many to vote by mail.

In the critic Texas, early voting is already 70% of all participation in 2016, according to official data compiled by the University of Florida professor Michael McDonald, a phenomenon that in addition to having caused long lines to vote has analysts and amazed researchers.

After several electoral cycles warning of the importance of the Hispanic vote, 2020 could finally be the year in which the participation of the Latino minority, as well as African Americans, traditionally affected by suppression policies, turn the political universe upside down. American. 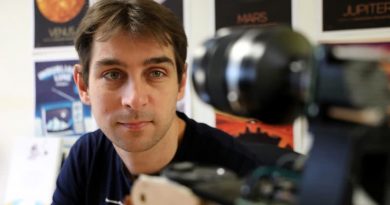 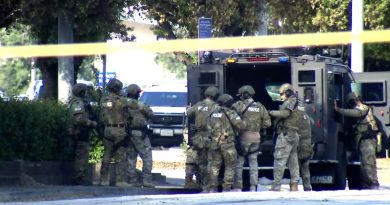