It will not be the moderator who silences the candidates, as had been speculated.

The Committee on Presidential Debates announced on Monday that there will be parts of the event next Thursday in which they will cut the microphones of President Donald Trump and the Democratic candidate, Joe Biden , while the opponent speaks. However, it will not be the moderator who is in charge of silencing them, as had been speculated.

The sound cut will take place during the two minutes in which the other candidate is presenting each of the six major issues that will be debated for 90 minutes on October 22 at Belmont University, Nashville. This is to avoid the chaos caused by the interruptions (especially from Trump) in the first debate.

The microphones will remain open for both candidates during the “open discussion” portion , the commission reported. The moderator, Kristen Welker of NBC News, will have to return to the other candidate as long as the interruptions are removed.

“During the time devoted to open discussion, the commission is hopeful that the candidates will respect each other’s time , which will advance the civil discourse for the benefit of viewers,” the commission said in a statement.

The nonprofit, bipartisan commission has come under fire from the Trump campaign, which aims to prevent changes to the regulations. Biden’s team, however, was waiting for a more orderly debate. 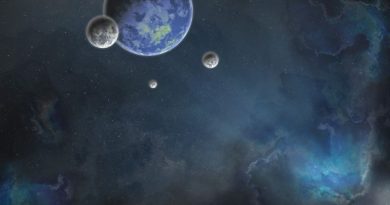 The “Planet Pi” discovered by scientists, takes 3.14 days to travel its orbit